For the villager whose French name is Célia, see Cally.

In New Horizons, Celia has the nature hobby and may be found reading a book pertaining to an item she is studying, which can be either flowers, bugs, fish, or fossils.

Artwork of Celia from New Leaf.

Although Celia is an eagle, she resembles a cockatiel in appearance. She has bright white feathers, a bright yellow beak, and striped legs, with bright green feathers surrounding the edges of her head and wings. She has a pink blush on her cheek, with a pinkish trim on her tail feathers. Her eyes are plain black and circular, while she has long eyelashes.

Celia is a normal villager, meaning she is kind-hearted and nice at all times, even when first talking to her. She is motherly and sweet, often found gardening when outside, showing her love for nature and the player's town. She is a self-proclaimed bookworm, often talking about books that she is currently reading. She enjoys a simple lifestyle, making friends with others and doing all she can to contribute to the welfare of the town she lives in. Celia is easy to befriend due to her hospitable and kind nature and due to the fact that she doesn't appreciate gossip and likes bringing out the good side of others. She always appears calm to the player, often referring to them as 'feathers.' Celia is always positive, rarely sad or angry unless provoked by other players or villagers. She loves to compliment the player, often talking positively about the island's scenery, other villagers, or the player's apparel. 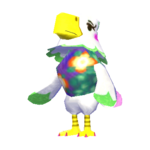 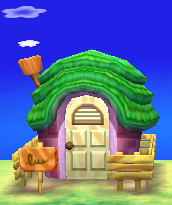 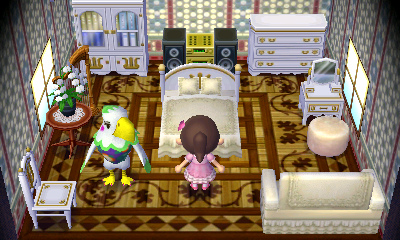 In Animal Crossing: New Horizons, if Celia is one of the villagers who moved in during the main storyline after the villager house development quest, her house will have a combination of non-craftable furniture, plus items crafted by players during the island development storyline, primarily from the Wooden Series. She cannot have her initial house interior unless she moves out of the player's island or the Happy Home Paradise DLC is purchased, in which either the player or Isabelle can reset the interior. 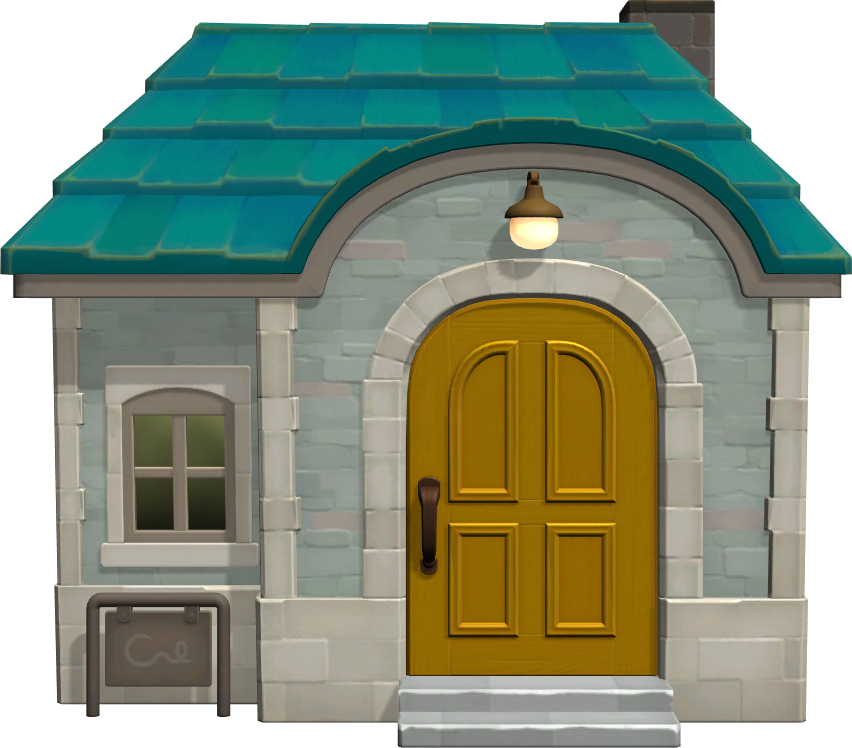 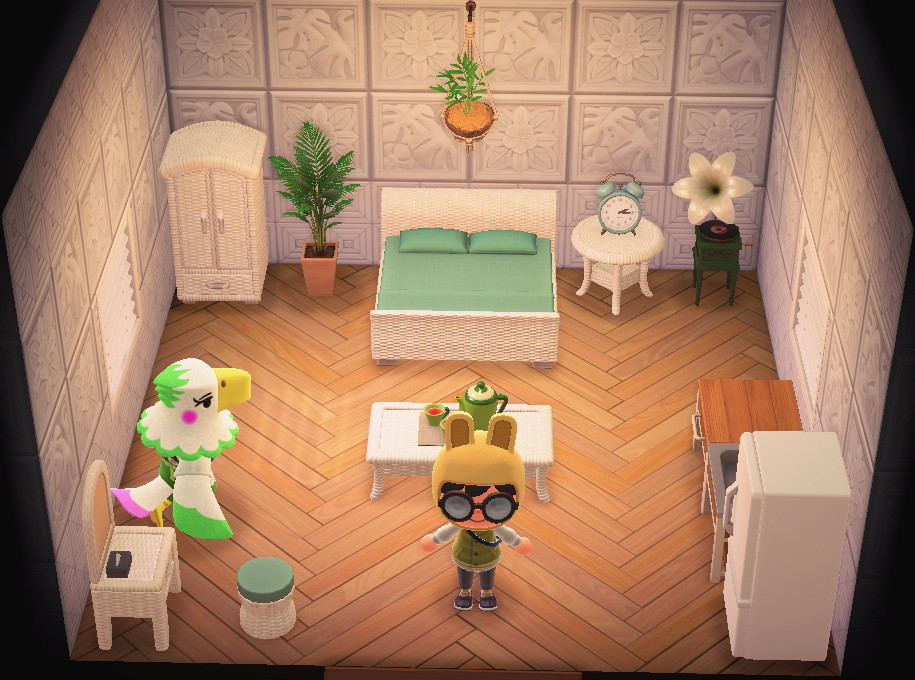 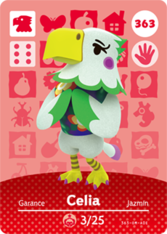