Gayle is a normal alligator villager in the Animal Crossing series. She first appeared in Animal Crossing: New Leaf and has appeared in all subsequent games. Her name may be derived from "gator," which is shorthand for her species.

In New Horizons, Gayle has the nature hobby and may be found reading a book pertaining to an item she is studying, which can be either flowers, bugs, fish, or fossils.

Artwork of Gayle from Welcome amiibo.

Gayle is a pink and white alligator, who has a darker pink shape that appears to be a heart above her snout, which is white. She has a darker pink belly, and the tips of her arms and legs are either pink or white. Her tail darkens from white, to light pink, to dark pink. She has dark pink feet and dark pink hearts on her arms. She has large blue eyes. Her abdomen is white with a light pink circle in the middle. She has white patches on her shoulders.

Gayle has the normal personality, which means she is kind, caring, and sensitive toward other players. She often has neutral opinions about several subjects, but she may be concerned about cleanliness and her looks. She is rarely angered, and she may apologize frequently even for actions she is not responsible for. Gayle sleeps at 12:00 AM and wakes at 6:00 AM. 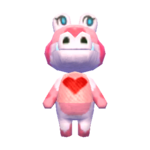 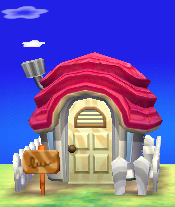 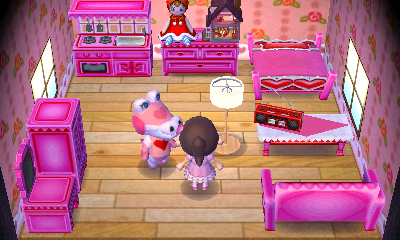 In Animal Crossing: New Horizons, if Gayle is one of the villagers who moved in during the main storyline after the villager house development quest, her house will have a combination of non-craftable furniture, plus items crafted by players during the island development storyline, primarily from the Wooden Series. She cannot have her initial house interior unless she moves out of the player's island or the Happy Home Paradise DLC is purchased, in which either the player or Isabelle can reset the interior. 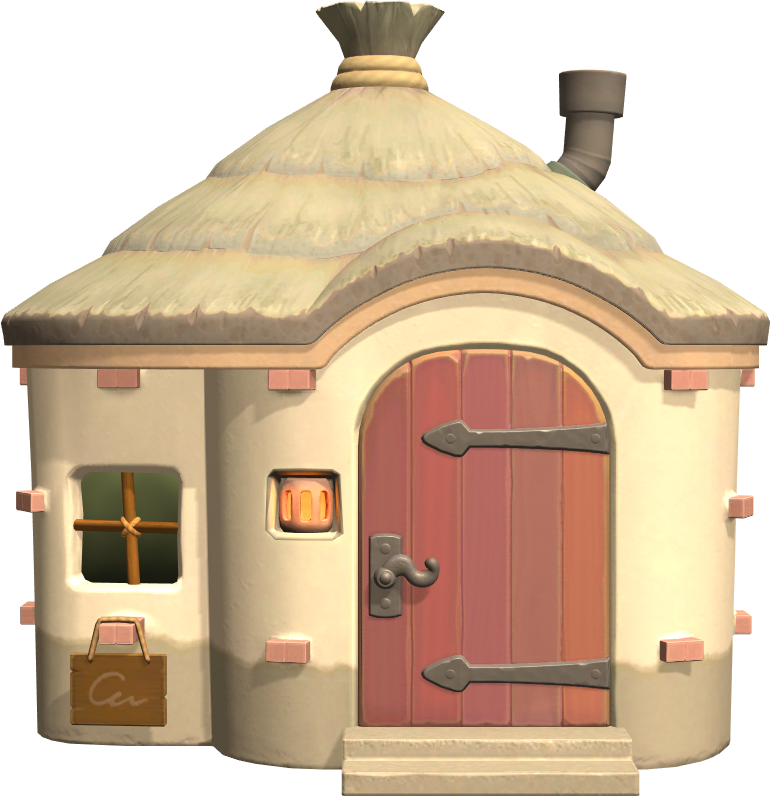 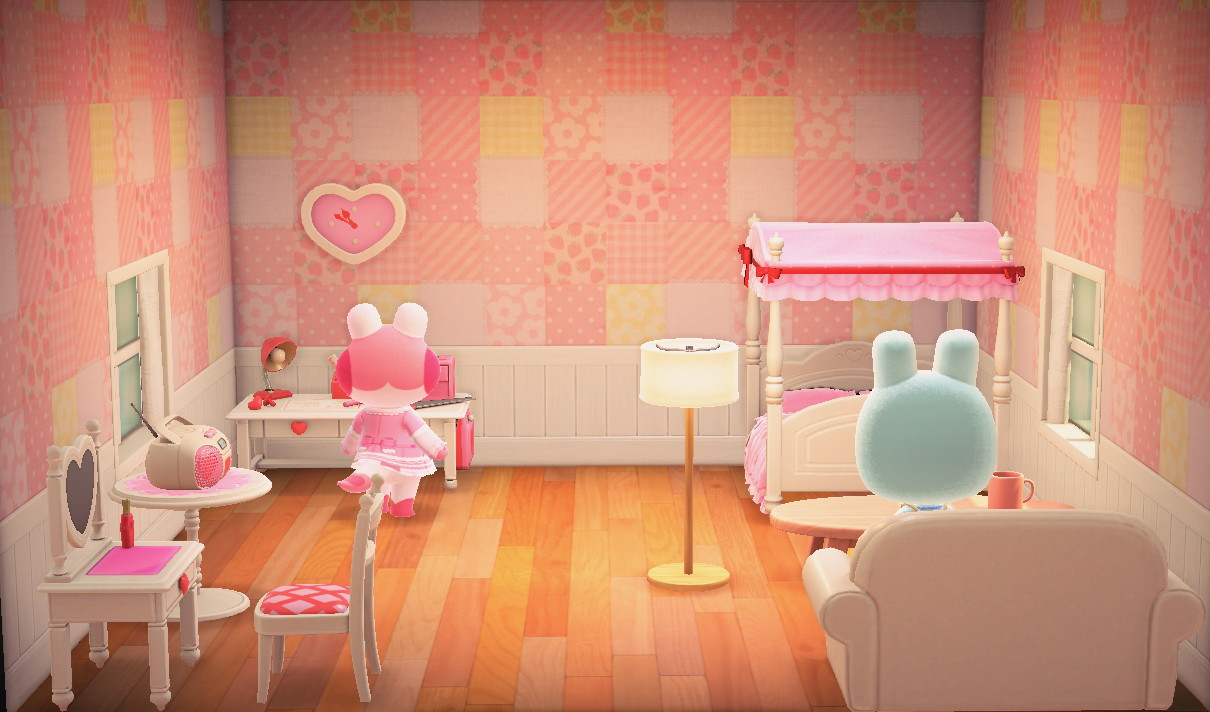 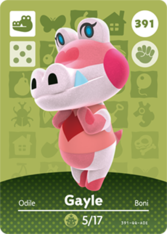