For the villager whose French name is Zoé, see Carmen.

In New Horizons, Zoe has the education hobby and can be seen wearing rimmed glasses, reading a novel while outside, and using a magnifying glass when near certain objects.

Artwork of Zoe from Animal Crossing.

Zoe is a turquoise anteater with a creamy white face and paws and long eyelashes. The insides of her ears are hot strawberry pink and her eyes are orange, the same shade as an orange stripe on her forehead. She wears an aquamarine bodysuit under her clothes. The bodysuit's buttons are visible on her hip and the side of her head.

Zoe has a normal personality, so she will act shy, but caring toward the player. She will get along well with villagers of any personality type. She will have hygiene concerns, represented when the player visits her house, and she will state her embarrassment at the supposedly unclean appearance of her home. She will mention her interest in reading and the various books she reads. She also will enjoy writing and receiving letters.

In Animal Crossing, Zoe cannot be one of the starting villagers in the player's town.

Zoe was added to Animal Crossing: New Horizons in the 2.0 Free Update on November 4, 2021. 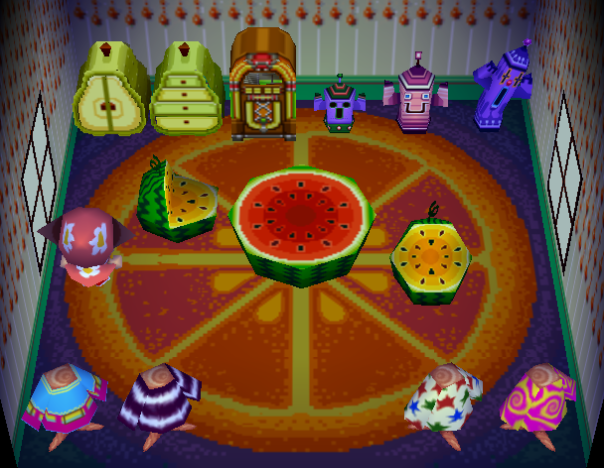 In Animal Crossing: New Horizons, if Zoe is one of the villagers who moved in during the main storyline after the villager house development quest, her house will have a combination of non-craftable furniture, plus items crafted by players during the island development storyline, primarily from the Wooden Series. She cannot have her initial house interior unless she moves out of the player's island or the Happy Home Paradise DLC is purchased, in which either the player or Isabelle can reset the interior. 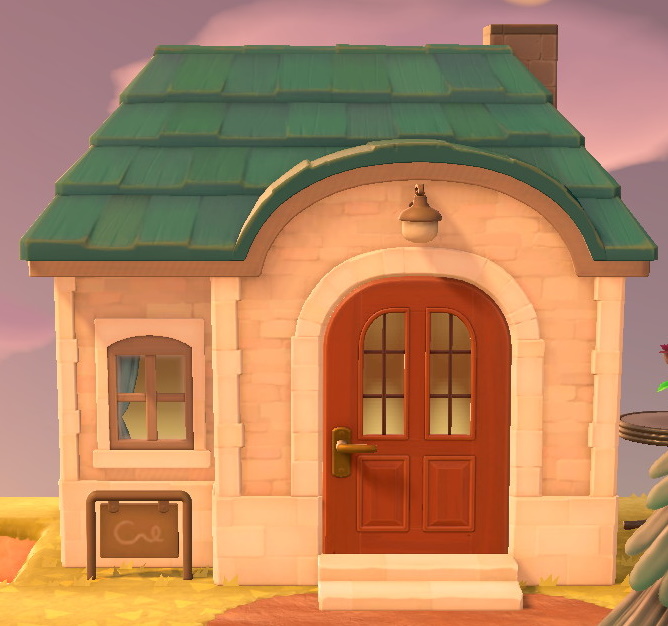 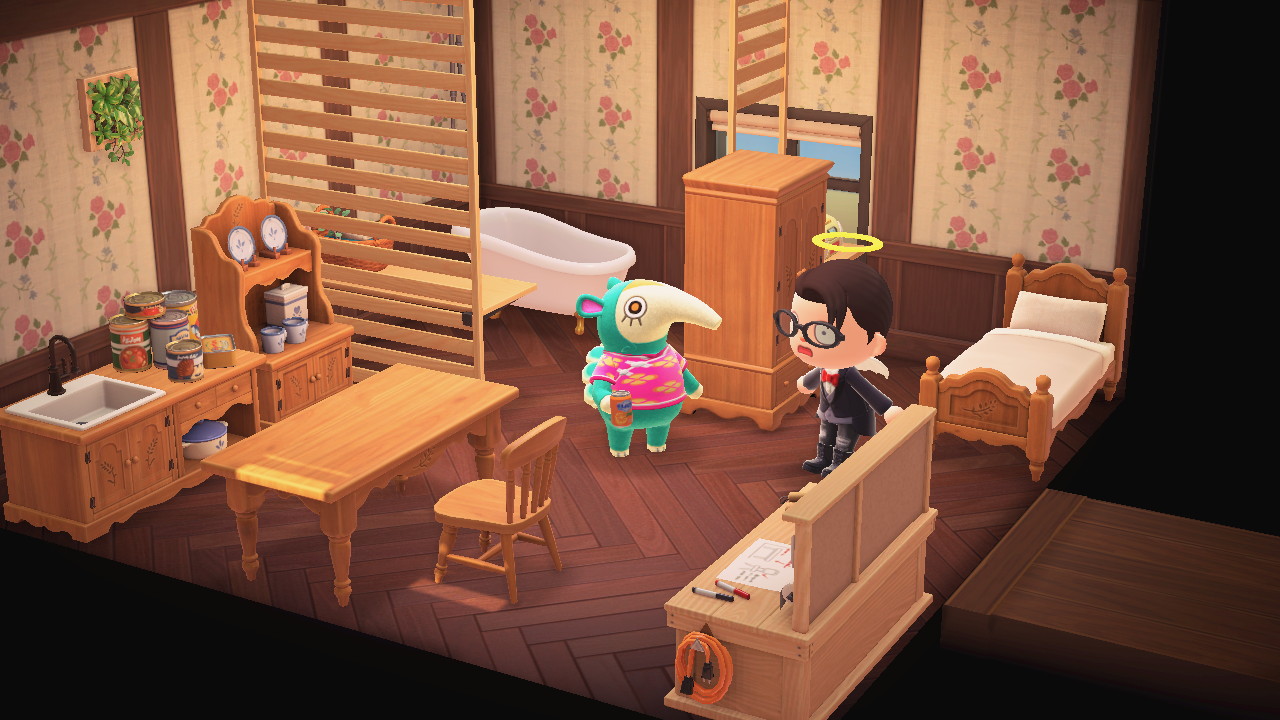 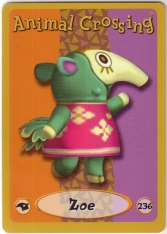 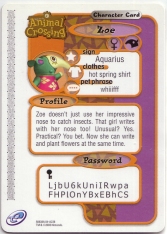 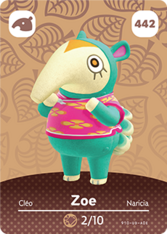