Liz is a pink alligator who greatly resembles Alli, a snooty villager of the same species. Due to her emphasis on pink, it is possible for a player to mistake Liz for a peppy villager, who obsess over the color pink. She has orange on the side of her face and purple markings around her face.

As a normal villager, Liz is shy and caring and may get upset easily. When she asks the player for favors, she often compliments their speed (even if it actually takes a while). She wakes up at 5 .a.m like other normal villagers and will be inside toward the middle of the day. She will enjoy partaking in the usual hobbies: bug catching, fishing, fossil hunting, and the others. She may mention an unseen friend called Moppina, an imaginary friend which comes from her hygiene and cleanliness concerns. Liz will get on well with peppy and lazy villagers, appearing motherly or sisterly toward them. She may become upset when talking to a cranky villager, due to their rude nature. She enjoys talking to the player; if the player makes her upset, she will reconcile quickly. 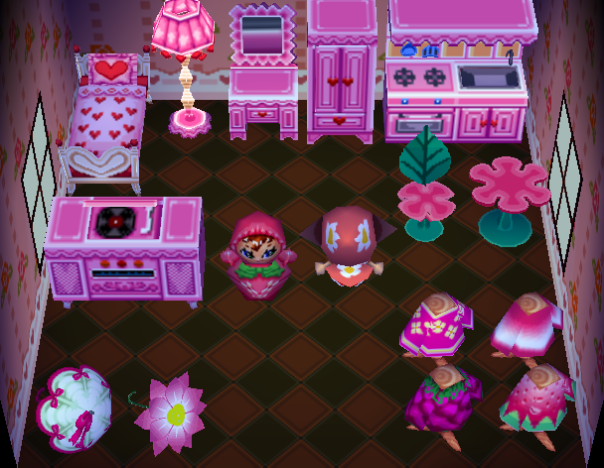