Sylvana is a normal squirrel villager in the Animal Crossing series. After her debut in Doubutsu no Mori e+, she would remain absent from the series until Animal Crossing: New Leaf - Welcome amiibo. Data for her exists in Animal Crossing: Happy Home Designer but ultimately remains unused. Sylvana's name is most likely derived from the Latin term silva, meaning forest. This coincides with her favorite saying, which references the forest landscape.

In New Horizons, Sylvana has the nature hobby and may be found reading a book pertaining to an item she is studying, which can be either flowers, bugs, fish, or fossils.

Sylvana in Doubutsu no Mori e+.

Sylvana is a squirrel with a white and brown body. Her ears are brown with purple inside, and her tail is brown with a white swirl. Her appearance is heavily based off of the Japanese giant flying squirrel, which is also mentioned on her e-Reader card, having a white chin resembling a beard and a curled smile with an orange, flat nose. She also has large, black eyes that peer off to the left, becoming white in the center when surprised. (In Doubutsu no Mori e+, the pupils simply shrink instead.) The tips of her paws are a slightly darker shade of brown than her arms and legs, and the tips of her ears are the same shade of brown.

Sylvana has a normal personality, which means she will act mother-like and hospitable towards the player. Being normal, Sylvana will be open to all personalities, getting along with most villagers. When talking with lazy villagers, their conversation might lead to the lazy villager asking for her to make him dinner or lunch.

In Doubutsu no Mori e+, Sylvana can only move to the player's town if her e-Reader card is scanned. Despite her official artwork depicting her wearing the kiwi shirt, Sylvana wears the blossom shirt in-game.

In Animal Crossing: New Leaf - Welcome amiibo, Sylvana can only move to the player's town if her amiibo card is scanned, or if she is invited to move in from another player's town. 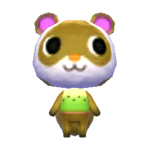 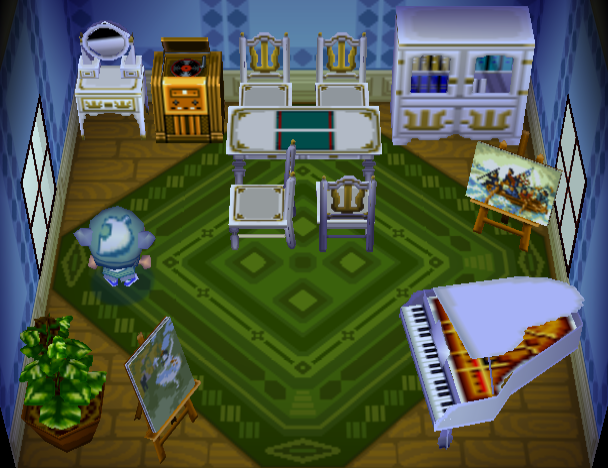 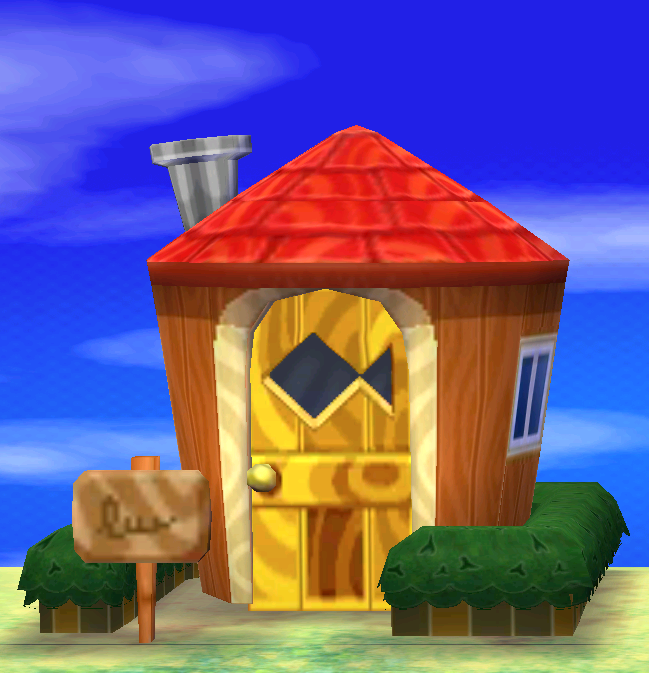 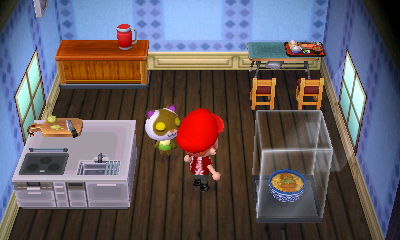 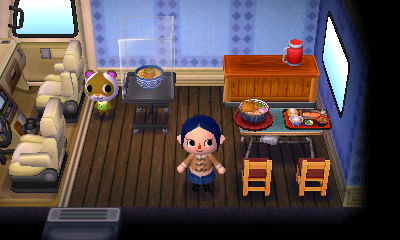 In Animal Crossing: New Horizons, if Sylvana is one of the villagers who moved in during the main storyline after the villager house development quest, her house will have a combination of non-craftable furniture, plus items crafted by players during the island development storyline, primarily from the Wooden Series. She cannot have her initial house interior unless she moves out of the player's island or the Happy Home Paradise DLC is purchased, in which either the player or Isabelle can reset the interior. 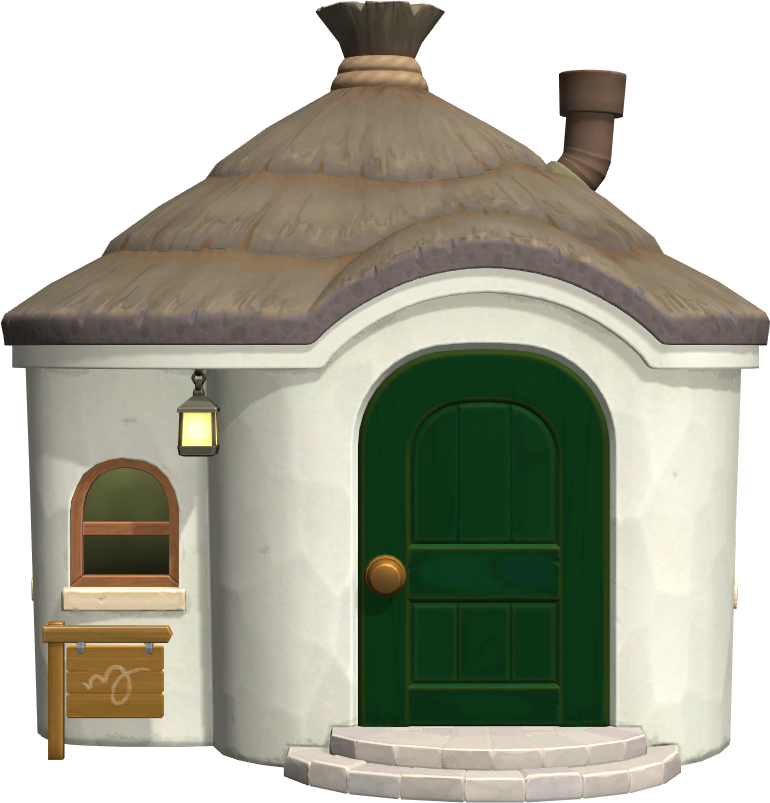 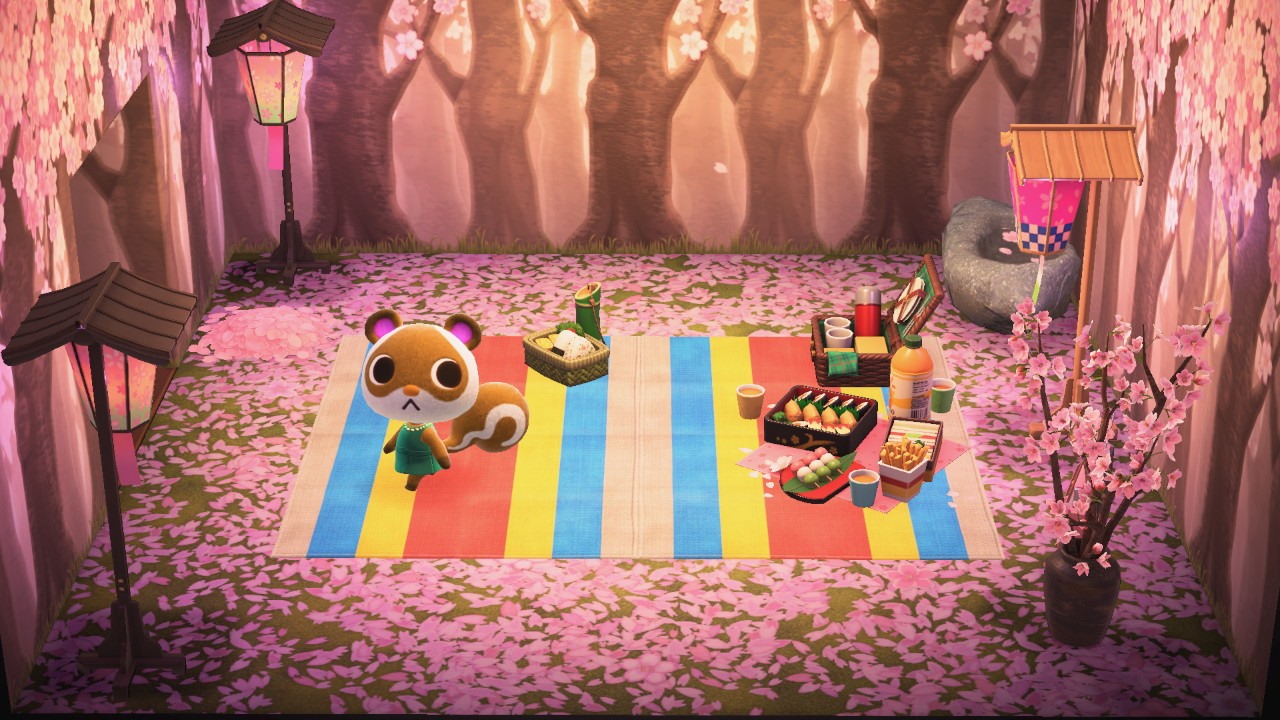 "We should all take a nice trip together, hubbub!"
— Introduction from character announcement, Animal Crossing: Pocket Camp

Sylvana's e-Reader card profile may be a reference to the flying squirrel species, which glides through the air using the parachute-like membranes connected to their limbs. 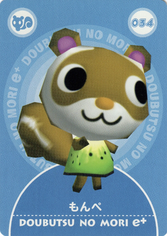 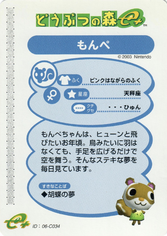