This article is about the squirrel villager. For the kangaroo villager with a similar name, see Kitt.

Kit (キット, Kitto?) is a jock squirrel villager in Doubutsu no Mori e+. He can only move to the player's town if his e-Reader card is scanned.

Kit is a red and gray squirrel. His arms and legs are red and tipped white. His ears are round and are red, while the inside is white. He has a white tail with a gray swirl, and he has blue eyes with a sparkle.

Kit has a jock personality, which means he will be into exercising and playing sports. He will often argue with lazy villagers due to their lack of exercise. He will also argue with snooty villagers by asking them about their weight. He will get along with peppy and other jock villagers.

Kit's house in Doubutsu no Mori e+ features several fruit-themed furniture items. It has the same layout as Bubbles and Moe's. 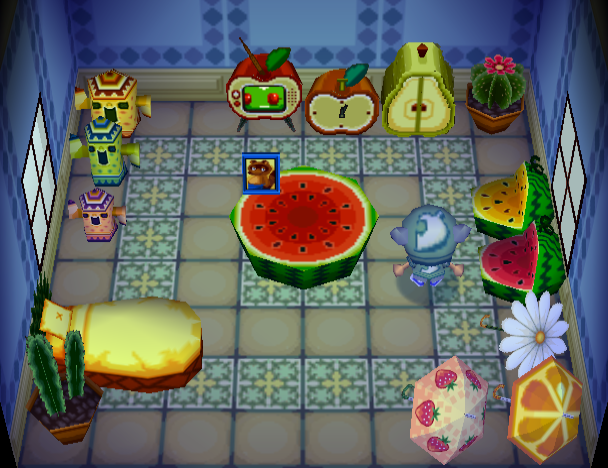 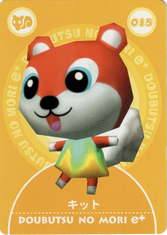 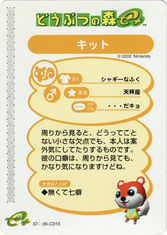