In New Horizons, Marshal has the music hobby and may sing anywhere without the need of a stereo.

Artwork of Marshal from New Leaf.

Marshal is a white squirrel with pink cheeks and pastel purple ears. His slanted eyes and frown bear some resemblance to Static's pre-New Leaf appearance. In Animal Crossing: New Horizons, his eyes are dark green, whereas in previous installments, they were black. He has cream-tipped hands and feet as well as a cream swirl in his tail. These features make him resemble a marshmallow.

Marshal is a villager that falls under the smug personality. He will not find it hard to converse with other villagers, as he is very polite and lively. He also may be seen flirting with the player, regardless of their gender. He may sometimes appear conceited when talking to himself. His unseen hobby is dancing, and will also enjoy the usual hobbies. He will appear enthusiastic when going to the player's house. Marshal will wake up at 7:00 AM and fall asleep at 2:00 AM.

In Animal Crossing: New Leaf, Marshal cannot be one of the starting villagers in the player's town. 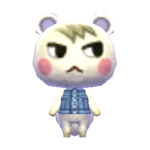 In New Leaf, Marshal's house has an unkempt appearance, as it uses the Sloppy Series. In New Horizons, his house has a more refined appearance that resembles a coffee shop, matching his Happy Home Designer request. 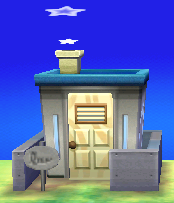 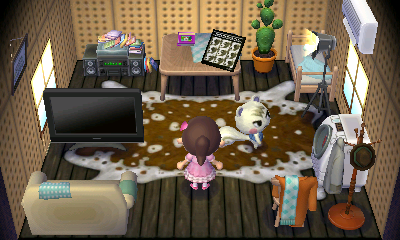 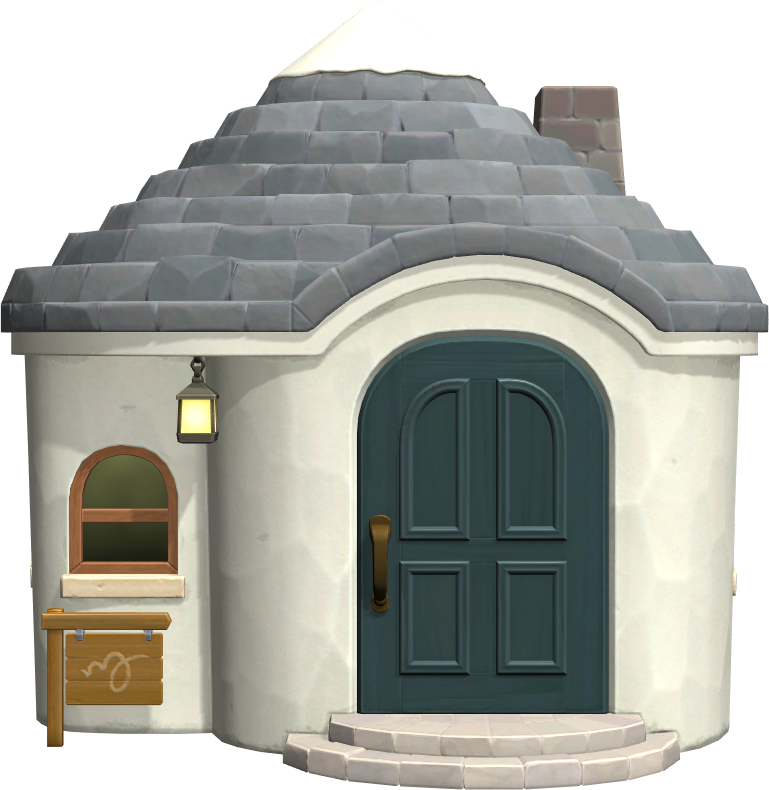 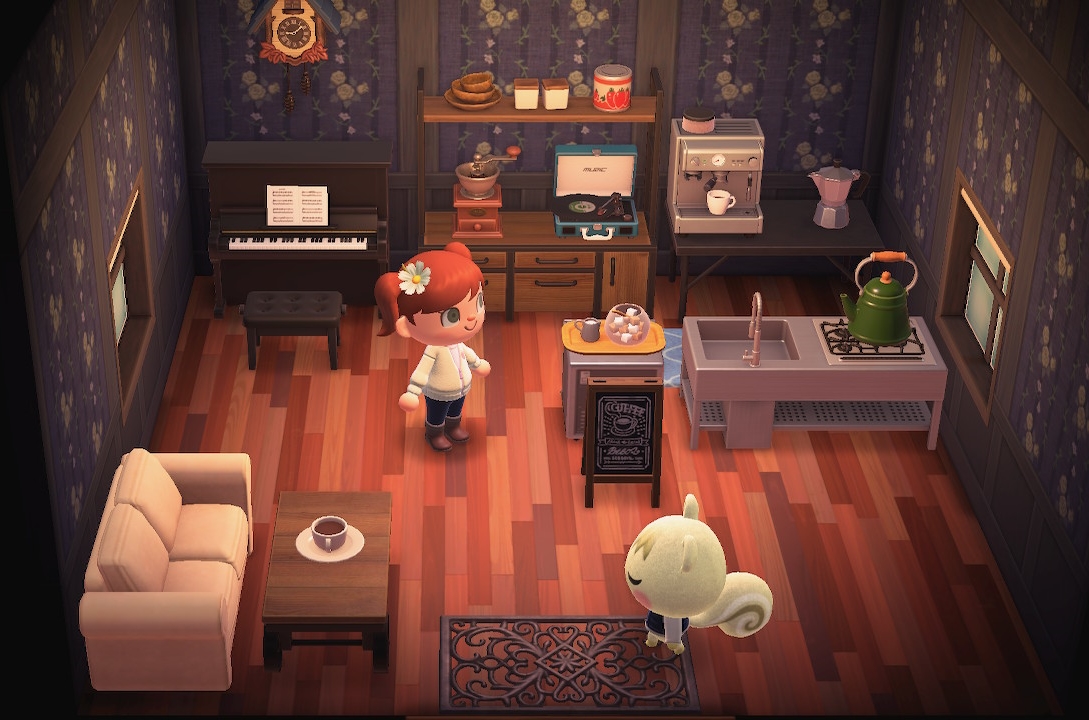 "Nothing makes me feel quite as small as I do when I look up at the night sky... It's the worst!"
— From the Mind of Marshal, Animal Crossing: Pocket Camp

Marshal is one of the three possible villagers, along with Fauna and Goldie, that can appear in the "Animal Crossing: New Leaf" minigame in WarioWare: Get It Together!. 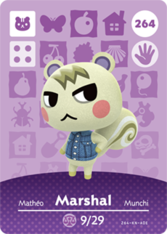