Static is a cranky squirrel villager in the Animal Crossing series who appears in all games to date. His name comes from the green and yellow lightning bolt that goes down his head. Both his catchphrase, "krzzt," and favorite sayings, "Zap!" and "Lightning never strikes twice," also relate to the lightning bolt on his head.

In New Horizons, Static has the music hobby and may sing anywhere without the need of a stereo.

Artwork of Static from Animal Crossing.

Static is a purple squirrel with a yellow swirl on his tail outlined in green and a yellow lightning bolt on top of his head outlined in green. He has eyes that are half open, in a grumpy way. The lightning bolt fits with his name. He has an unhappy look that can twist into a happy face depending on his mood, and when he cries he has a happy look. This has been changed in New Leaf. The inside of his ears are a pale pink, and his paws are a lighter shade of purple than the rest of his body. In Doubutsu no Mori, his eyes are larger, and his pupils are much larger. His frown is also much more curved.

As a cranky villager, Static will appear mature compared to other personality types. This will make him appear belittling and insensitive to other villagers, including the player. Despite this, he will learn to confide in the player, considering them his only friend. He will enjoy the usual hobbies, but for relaxation and peace rather than for competition. He will occasionally ask the player to get him clothes. He will find it difficult to socialize with peppy villagers, who he will criticize when talking to other villagers. He will get along with normal and snooty villagers, as well as other cranky villagers, who he will share deeper conversations with. He will, on occasion, annoy a normal villager, usually when being mean about something or someone. 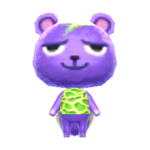 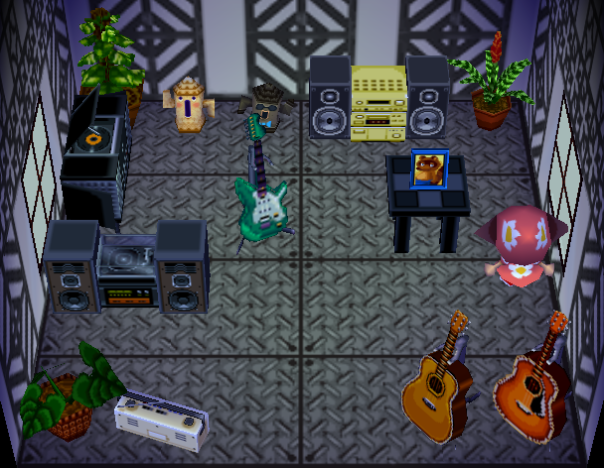 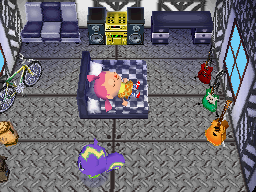 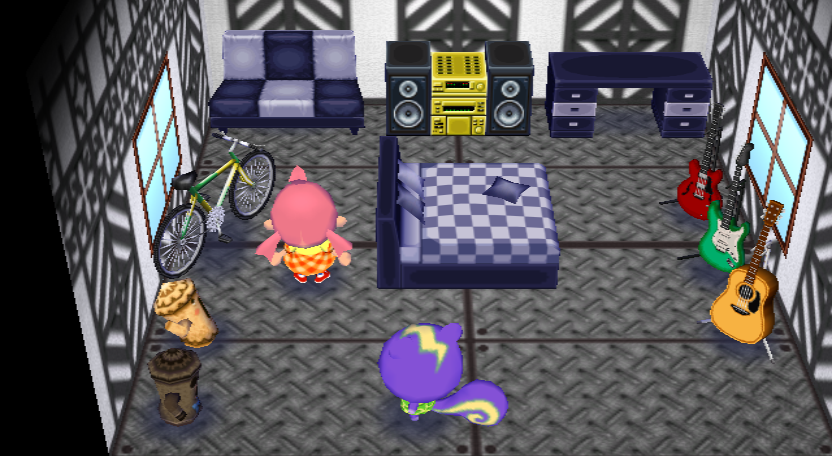 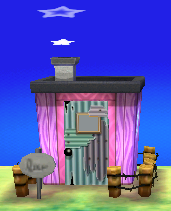 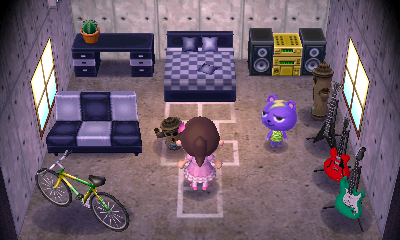 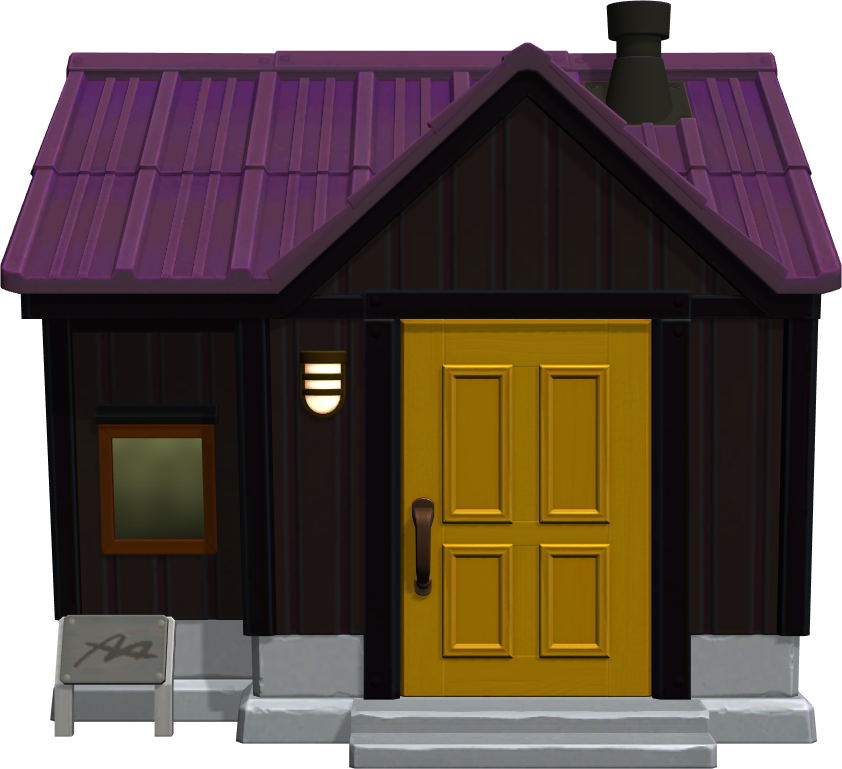 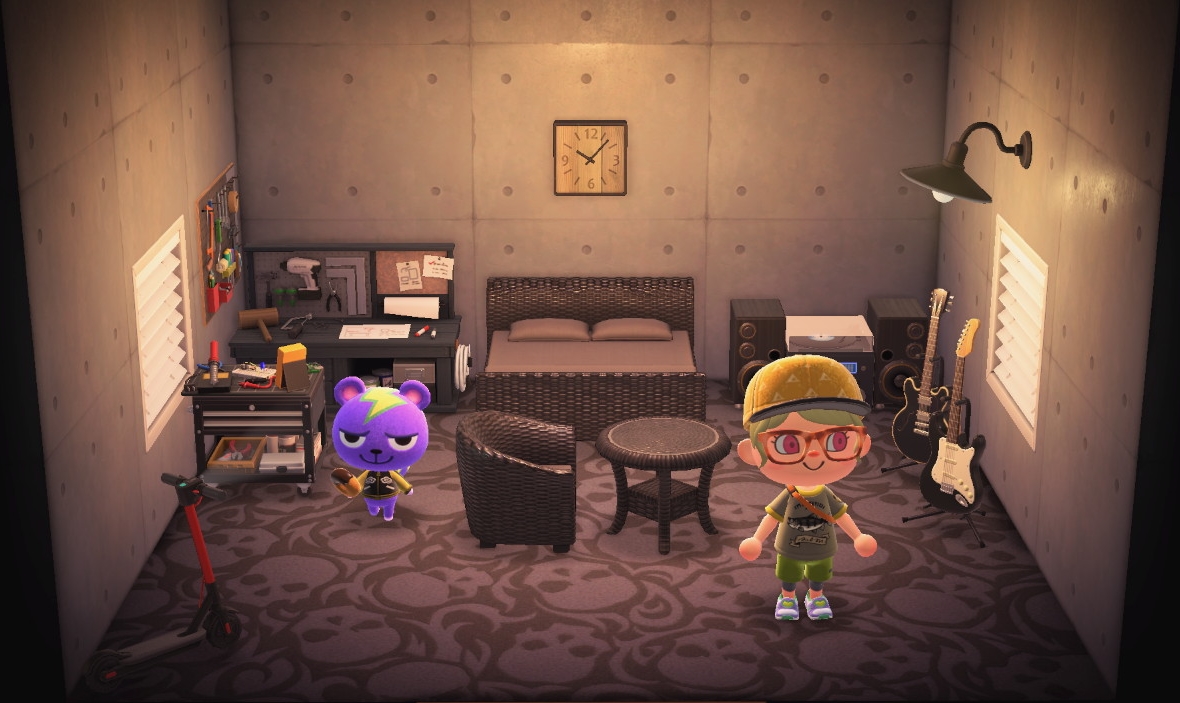 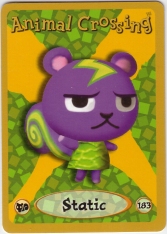 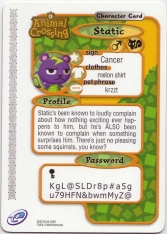 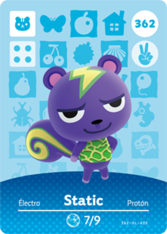