For the villager whose French name is Bruce, see Hank.

Bruce is a cranky deer villager in the Animal Crossing series. He first appeared in Animal Crossing: New Leaf and has appeared in all subsequent games. He is the only cranky deer in the series. His name may be derived from "bruise," a type of injury, which may reference the "tough" nature of cranky villagers. His name could also be a reference to the original Norwegian name of the goats in The Three Billy Goats Gruff, Bruse. His catchphrase is also likely a reference to Three Billy Goats Gruff, "Gruff" being the name of another cranky villager.

In New Horizons, Bruce has the nature hobby and may be found reading a book pertaining to an item he is studying, which can be either flowers, bugs, fish, or fossils.

Artwork of Bruce from Welcome amiibo.

Bruce is a blue deer with a large light blue facial marking, starting at his muzzle before forking into three stripes that reach the top of his head. He also has a light blue belly, which is mostly covered by his clothing. His antlers are smooth horns, like those seen on goat villagers, that are striped with medium and dark yellow. The insides of his ears are orange and he has dark blue hooves.

Bruce is a cranky villager, meaning he is mature, bitter and adult-like. He appears somewhat rude at first, but is very reliable and friendlier when befriended. He gets along well with most snooty and lazy villagers and other cranky neighbors, but will sometimes offend smug and peppy villagers unintentionally, as he does not clearly understand their lifestyle. Bruce has a harsh sense of humor, but is very hospitable and kinder once the player enters his home. 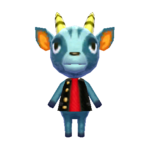 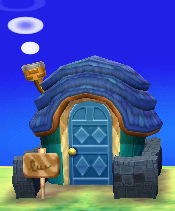 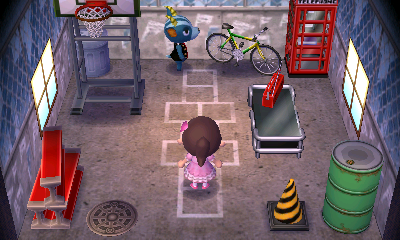 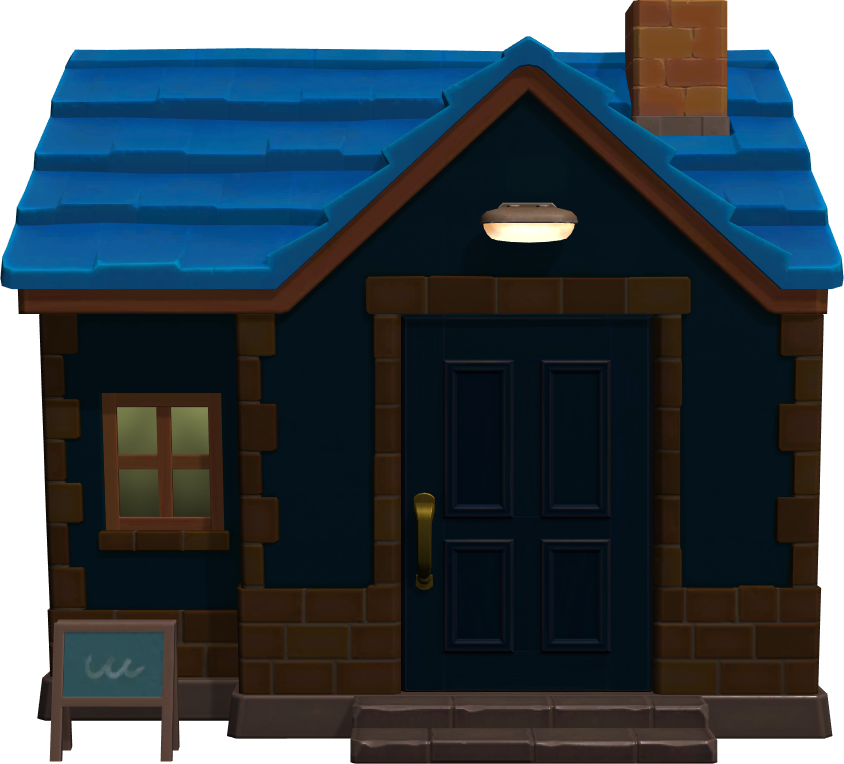 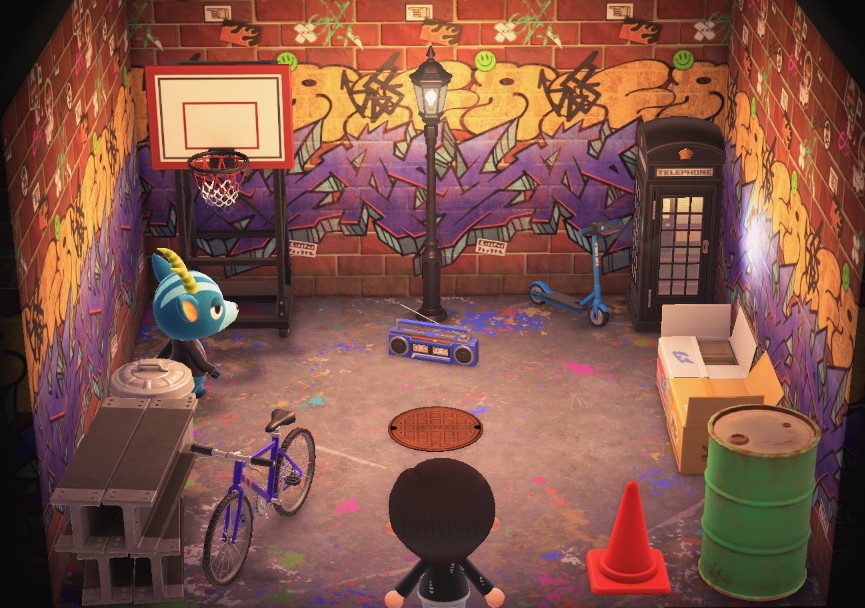 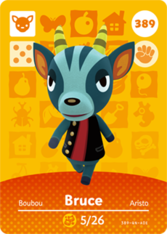