Gruff is a cranky goat villager in the Animal Crossing series. He first appeared in Doubutsu no Mori, and after his appearance in Doubutsu no Mori e+, he remained absent from the series until Animal Crossing: New Leaf. He is the only cranky goat in the series. His name comes from the Norwegian fairy tale "Three Billy Goats Gruff." This ties in with his favorite saying, a reference to the bridge guarded by a troll in the fairy tale.

In New Horizons, Gruff has the music hobby and may sing anywhere without the need of a stereo.

Artwork of Gruff from Animal Crossing.

Gruff is a goat with green fur and brown hair shaped like a widow's peak. His eyes are blue with eyelashes and are almost always half closed, which give him the appearance of a smug villager. He has white horns and a black nose. He also has a brown beard. His tail is also brown. The inside of his ears is a pale pink. 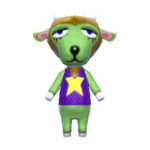 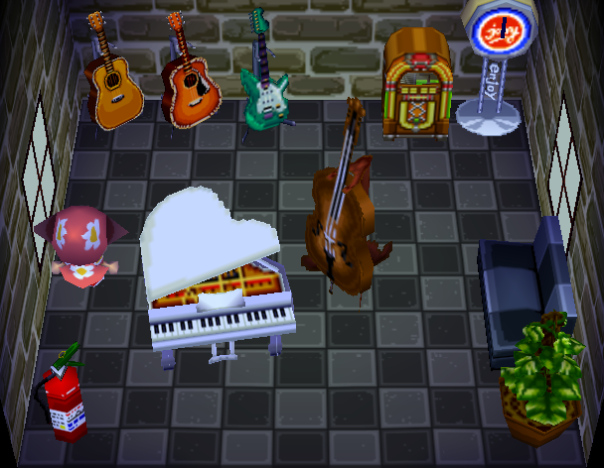 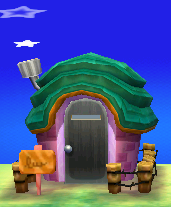 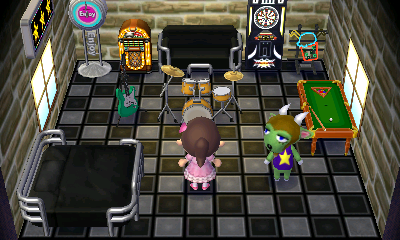 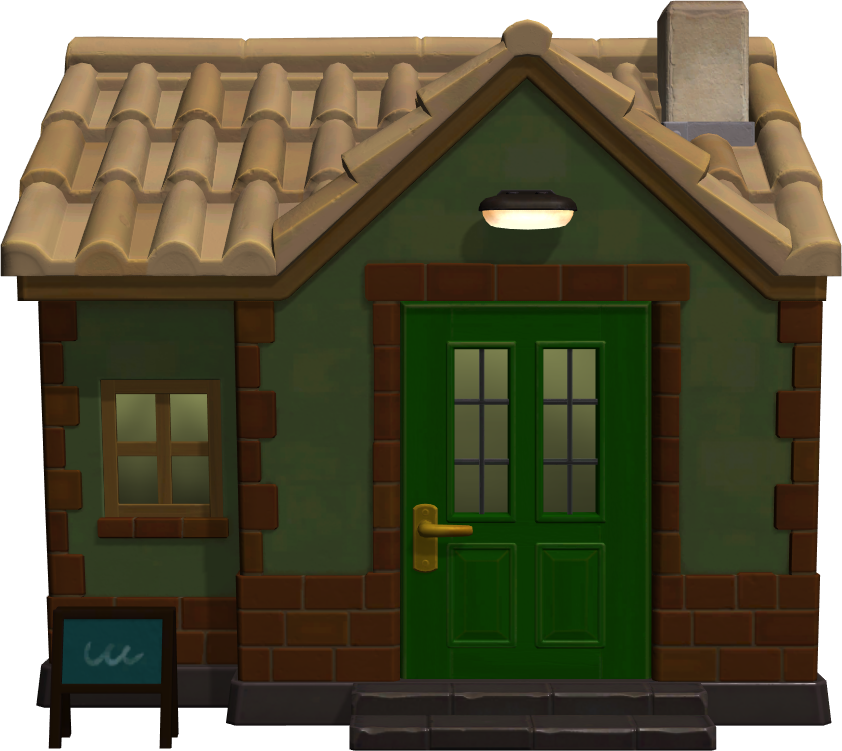 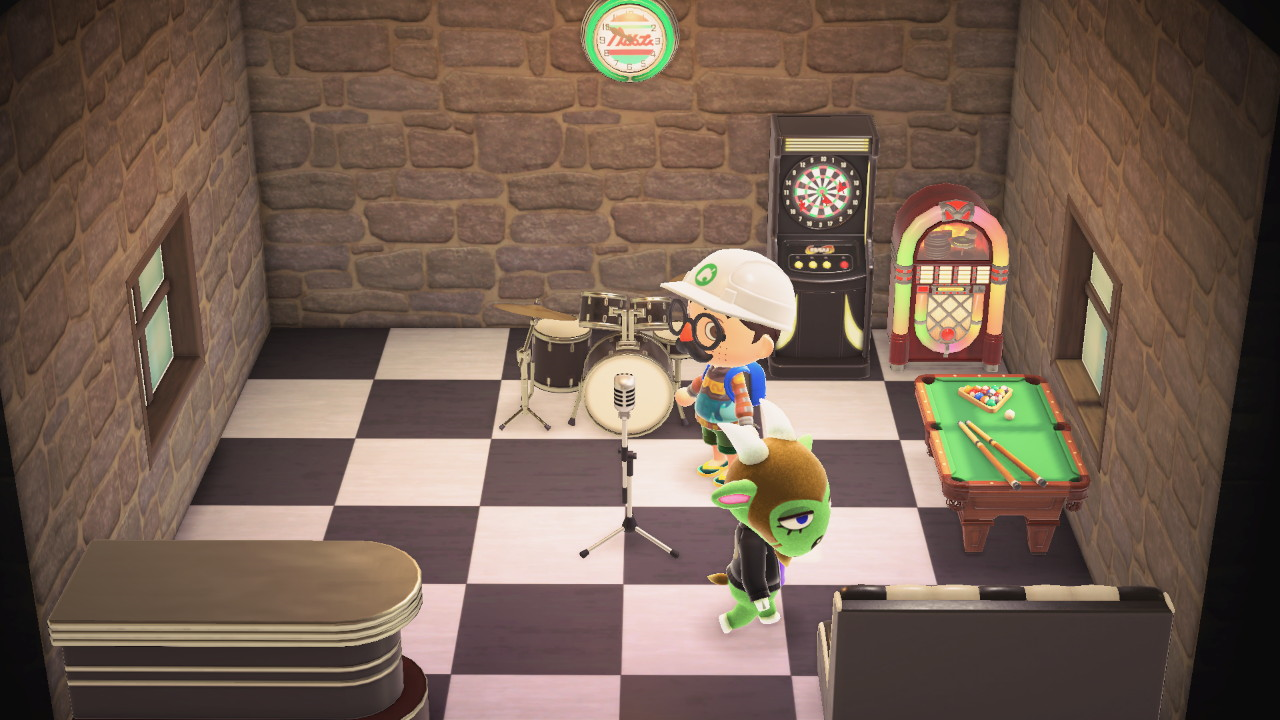 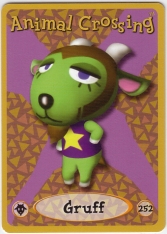 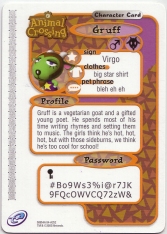 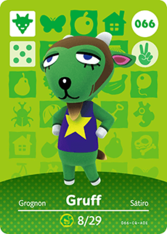