In New Horizons, Pashmina has the music hobby and may sing anywhere without the need of a stereo.

Artwork of Pashmina from Welcome amiibo.

Pashmina is a brown goat with a light-brown muzzle, eyelids, and ears. She has dark-brown bangs and aqua horns.

Pashmina has a big sister personality, a combination of the snooty, normal, and peppy personalities. Once she becomes a close friend of the player, she will act like a big sister. She may have disputes with snooty and cranky villagers since they enjoy spreading rumors.

In Animal Crossing: New Leaf, Pashmina cannot be one of the starting villagers in the player's town.

Before you judge someone, walk a mile in her hooves. 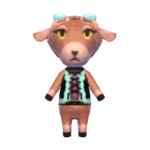 Before you judge someone, walk a mile in their hooves. 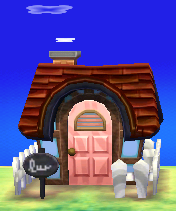 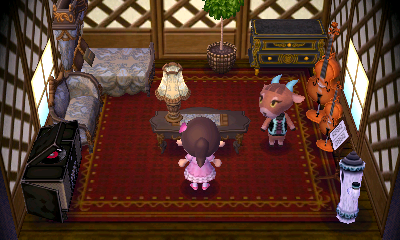 In Animal Crossing: New Horizons, if Pashmina is one of the starter villagers, her house will have craftable items primarily from the Wooden Block Series. She cannot have her initial house interior unless she moves out of the player's island or the Happy Home Paradise DLC is purchased, in which either the player or Isabelle can reset the interior. 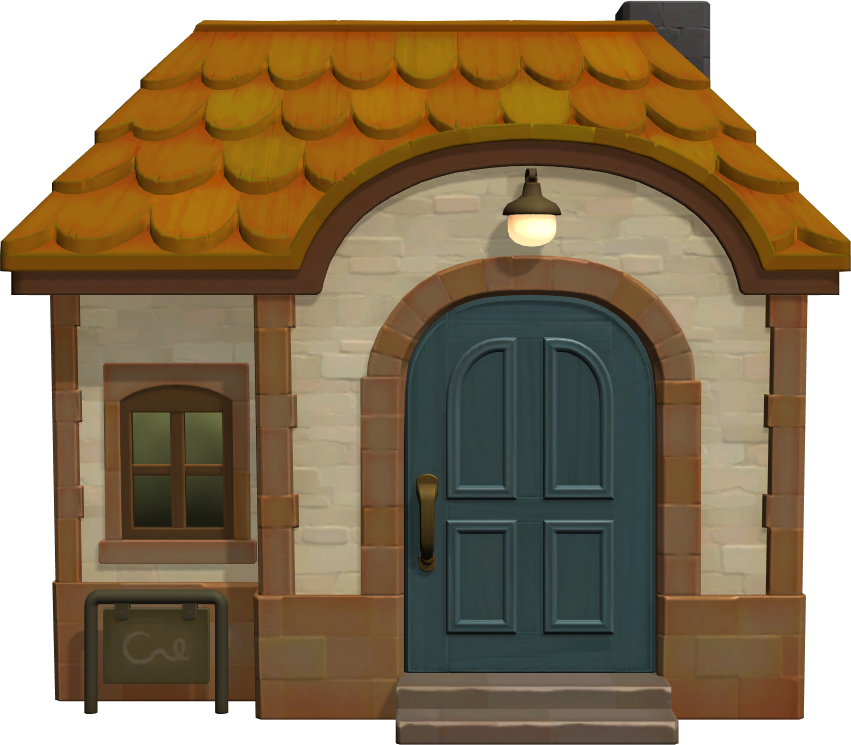 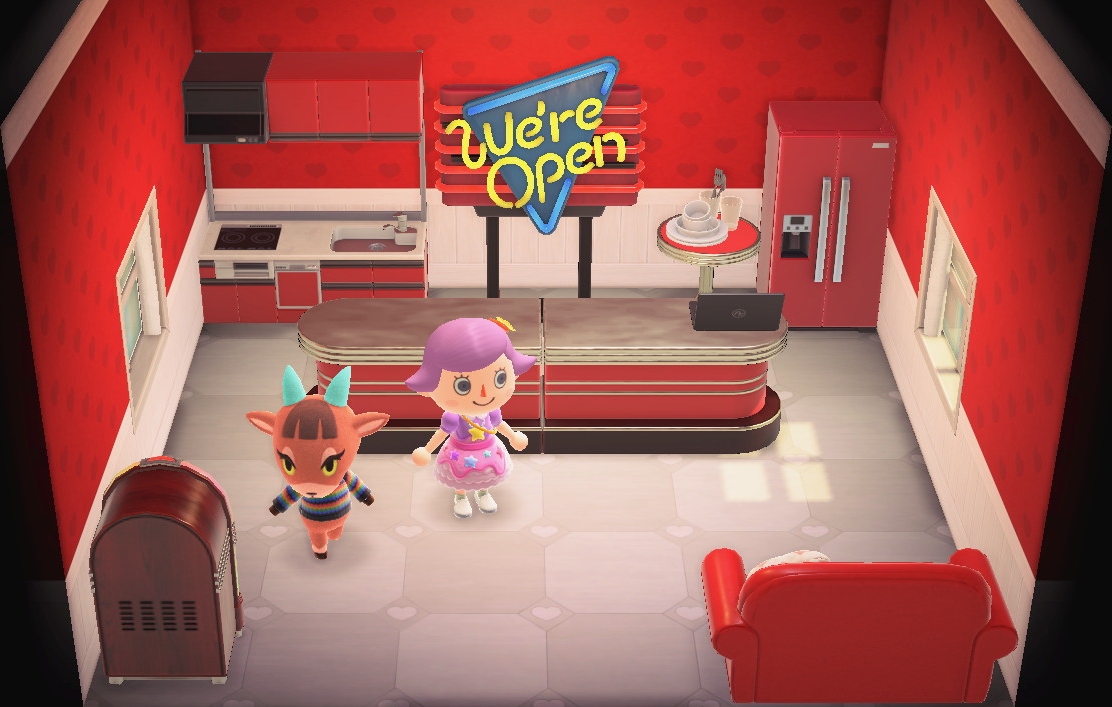 Before you judge someone, walk a mile in her hooves. 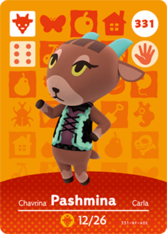