Sylvia is a kangaroo villager in the Animal Crossing series. She first appeared in Doubutsu no Mori e+ with a snooty personality and remained absent from the series until Animal Crossing: New Leaf, where she returns with a big sister personality, making her the only big sister kangaroo in the series. Her catchphrase in New Leaf, "joey," relates to her species, as infant marsupials are known as joeys. Her catchphrase in New Horizons, "boing," also relates to her species.

In New Horizons, Sylvia has the music hobby and may sing anywhere without the need of a stereo.

Sylvia in Doubutsu no Mori e+.

Sylvia is a purple kangaroo with orange hair. She has pink spots on her cheeks and blue on the insides of her ears; her feet and the bottom half of her tail are white, and her hands are tipped gray with white wrists.

Starting with Animal Crossing: New Leaf, Sylvia has the big sister personality, which means she will act like a tomboy and a big sister to the other villagers. She will get along with all villager types, but may have a falling out with a snooty or cranky villager. Her tomboyish nature is showcased when other villagers occasionally refer to Sylvia as a "he", and she mentions being involved in a turf war. Sylvia can get along well with a player, although she initially seems cold and distant, once you talk to her a few times, she becomes friendlier.

In Doubutsu no Mori e+, Sylvia can only move to the player's town if her e-Reader card is scanned.

In Animal Crossing: New Leaf, Sylvia cannot be one of the starting villagers in the player's town. 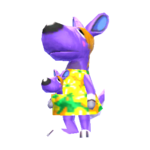 In Doubutsu no Mori e+, Sylvia's house features the same furniture layout as Meow and Olive's. 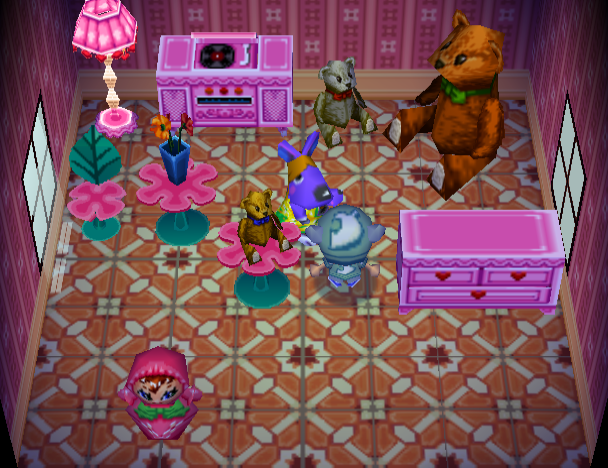 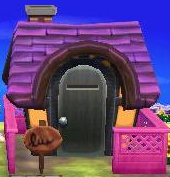 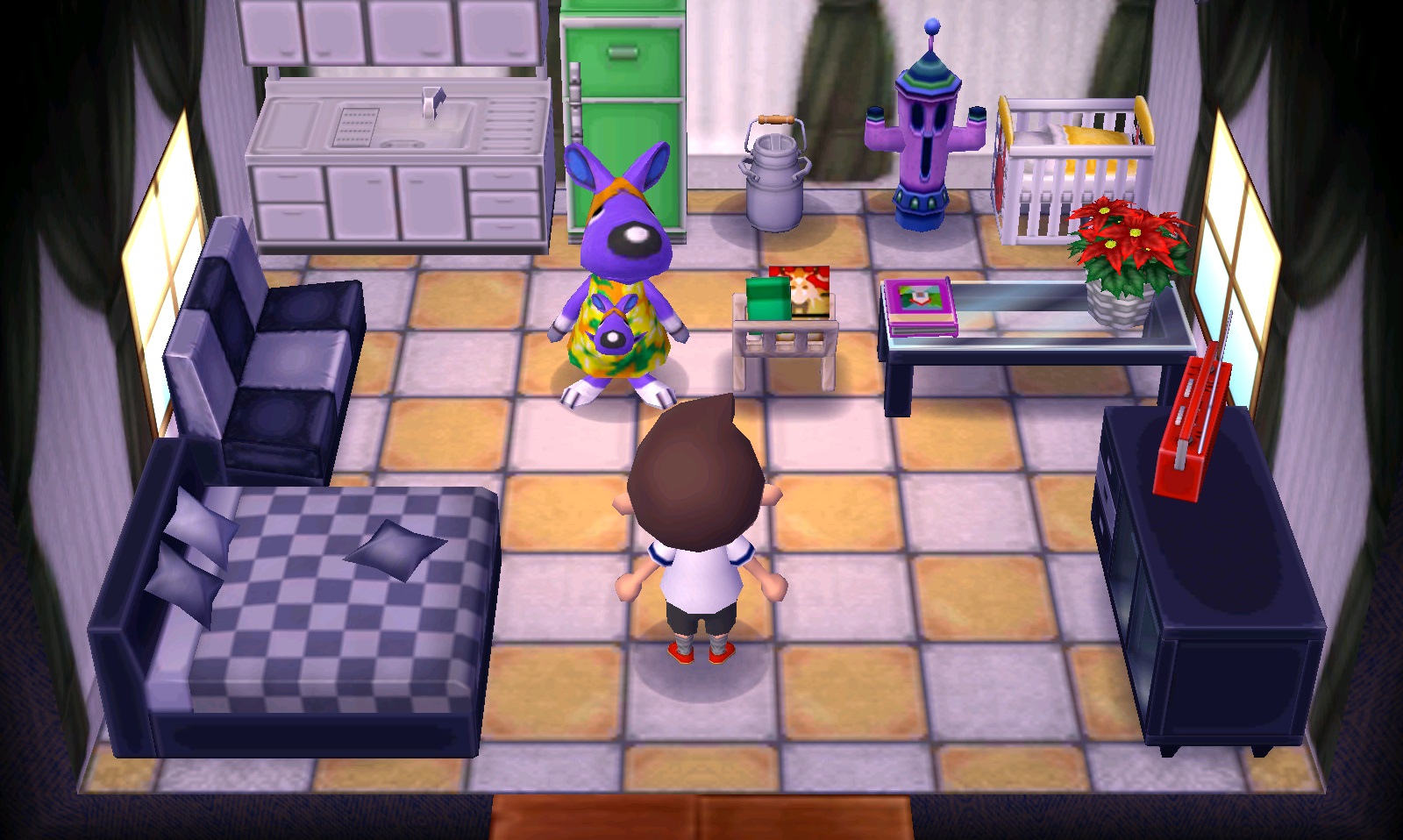 In Animal Crossing: New Horizons, if Sylvia is one of the starter villagers, her house will have craftable items primarily from the Wooden Block Series. She cannot have her initial house interior unless she moves out of the player's island or the Happy Home Paradise DLC is purchased, in which either the player or Isabelle can reset the interior. 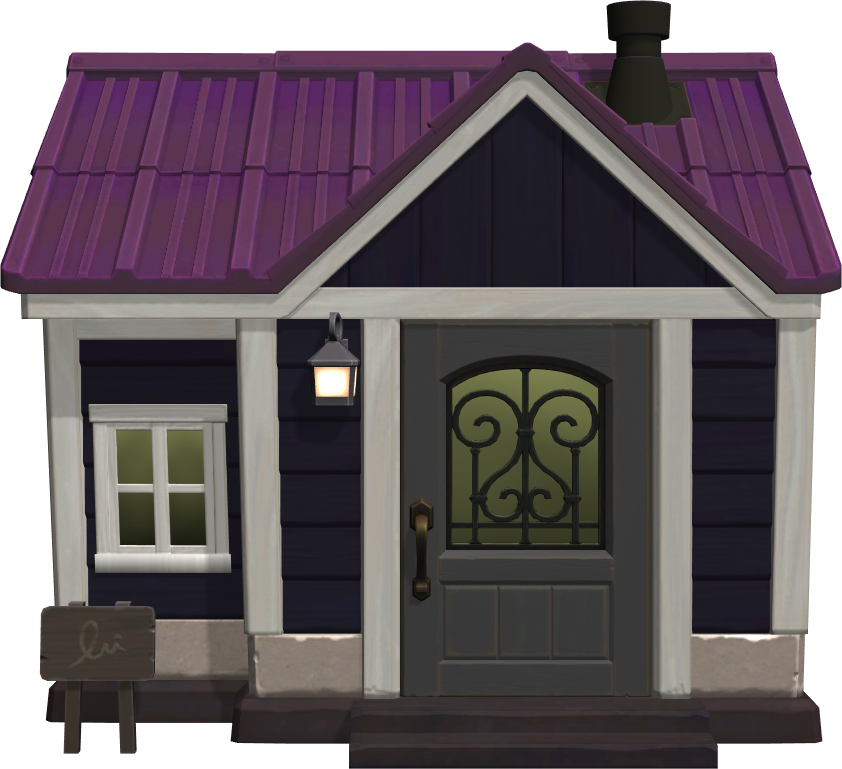 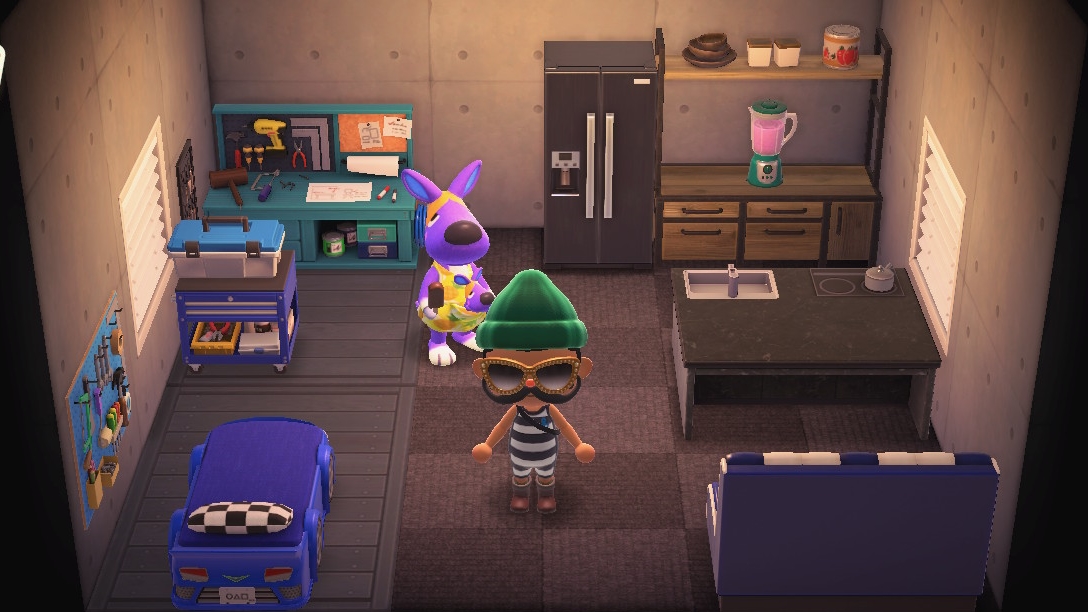 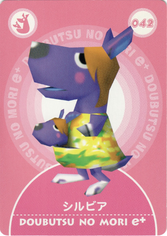 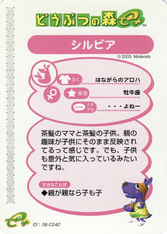 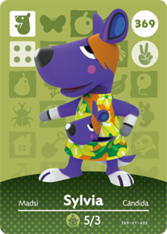