This article is about the anteater villager. For the personality, see Snooty.

In New Horizons, Snooty has the education hobby and can be seen wearing rimmed glasses, reading a novel while outside, and using a magnifying glass when near certain objects.

Artwork of Snooty from Animal Crossing.

Snooty is a maroon and pink anteater. She also has a bit of orange on her tail. She has thin eyebrows and tiny black dots for eyes. The inside of her ears are pale blue.

As a snooty villager, Snooty will appear uptown, classy, and chic. With this, however, she will appear rude, belittling, and snobbish when talking to the player or other villagers in the town, usually criticizing their dress sense or fashion. When talking to the player enough times, she will befriend them but still remain subtly rude. As with all snooty villagers, she has an interest in clothes over other hobbies. She will have problems socializing with other villagers, usually lazy villagers by disagreeing with their choice of lifestyle or getting offended by a jock villager, who has questioned her physical fitness.

In Animal Crossing, Snooty cannot be one of the starting villagers in the player's town.

In Animal Crossing: New Leaf - Welcome amiibo, Snooty can only move to the player's town if her amiibo card is scanned, or if she is invited to move in from another player's town. 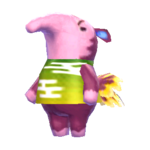 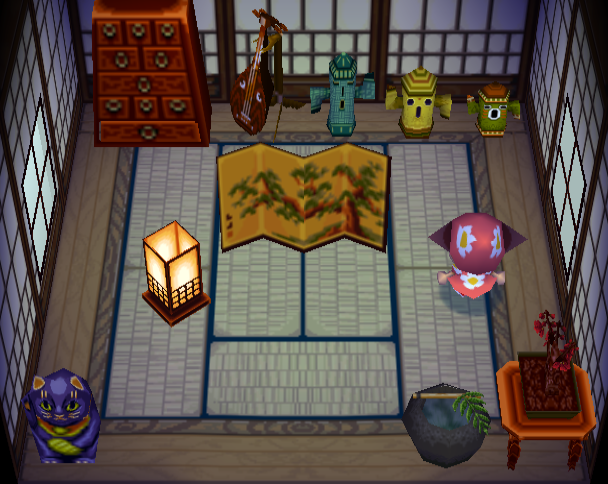 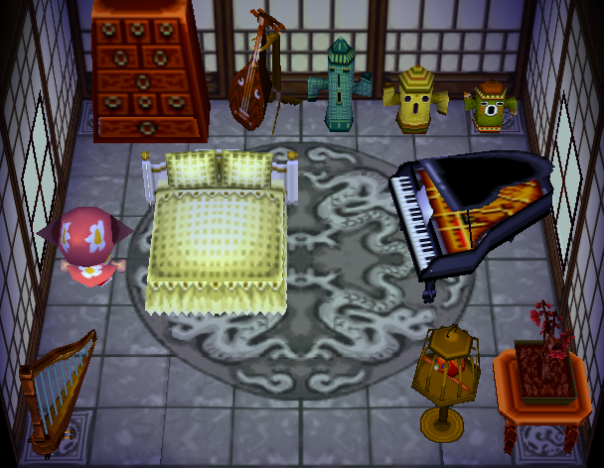 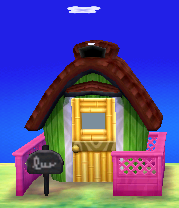 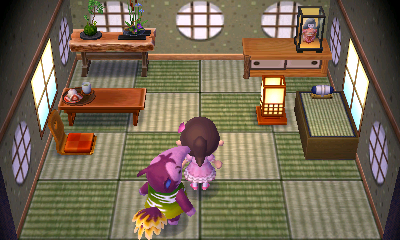 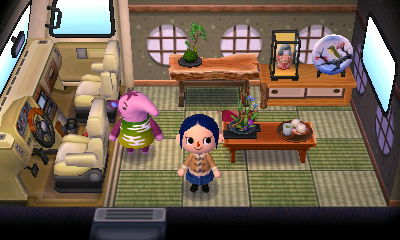 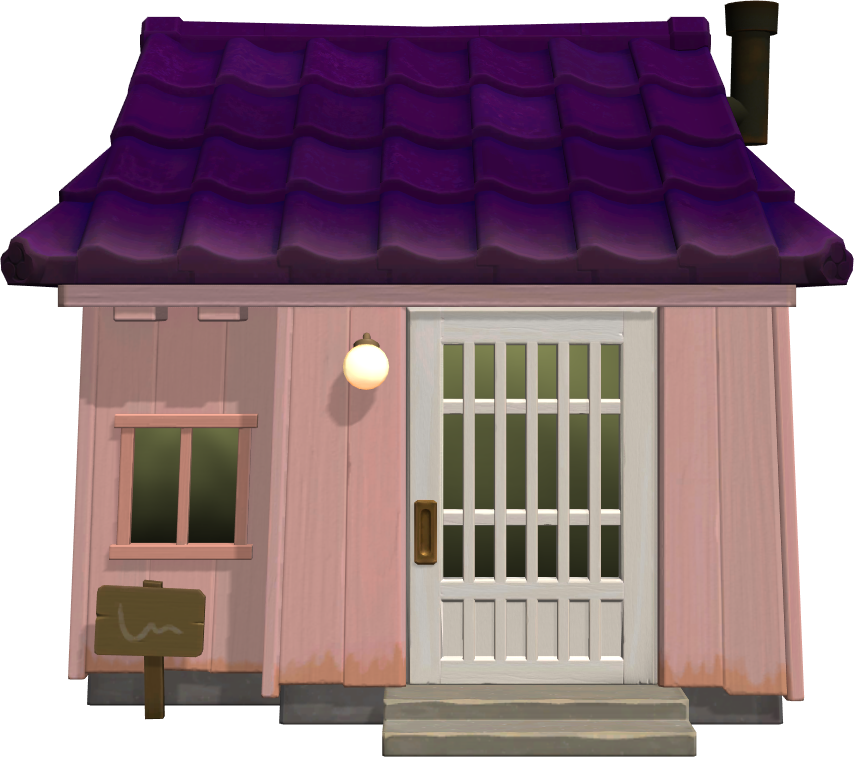 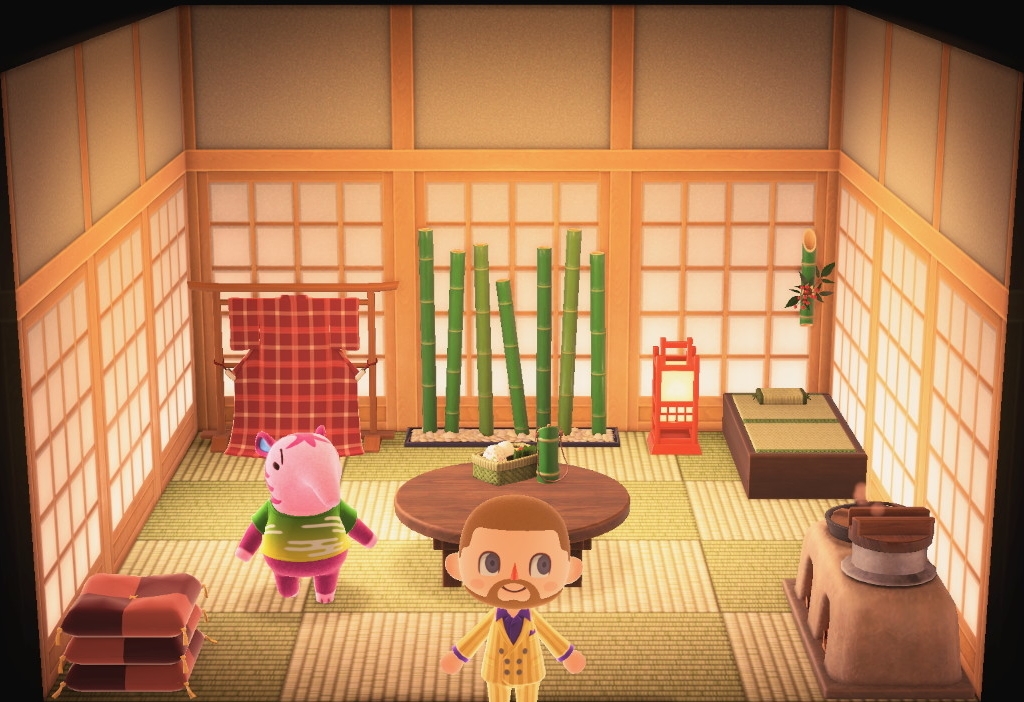 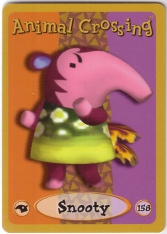 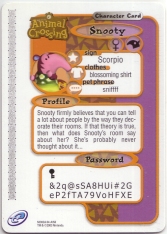