Yuka is a snooty koala villager in the Animal Crossing series who appears in all games to date. She is the only snooty koala in the series. Both her English and Japanese names likely come from eucalyptus, which koalas eat the leaves of.

In New Horizons, Yuka has the fashion hobby and may be seen wearing a pink purse with a white flower on it, as well as a specific headwear or accessory item.

Artwork of Yuka from Animal Crossing.

Yuka is a blue koala with tipped light blue paws and light blue hair. The insides of her ears are white and she has a long, brown nose. Her eyelids are slanted downwards when opened, giving her a mean appearance befitting of a snooty villager. Yuka also has pink eyeshadow, and her eyelashes seem to be neon blue. In Doubutsu no Mori, Yuka's mouth is larger, and her skin is a darker shade.

As a snooty villager, Yuka will first appear rude and arrogant towards the player, often talking about herself and her own experiences, rather than the needs and concerns of others. She may also talk about the style and appearance of other villagers, usually criticizing other female villagers such as normal, peppy, and other snooty villagers. She will soon warm up to the player, confiding in them about their own feelings, but still keeping subtly rude. She will find it hard to get along with other villagers, specifically jock and lazy villagers who have conflicting lifestyles with her own. She may get on with cranky villagers, who also enjoy gossiping about the appearance and lifestyles of others. She will sometimes offend a normal villager, usually when gossiping about another villager. Yuka may also find it tough to get along with big sister villagers, who she tends to talk about behind their backs.

It's nice that you have me as a friend. 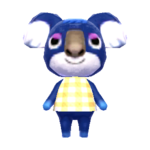 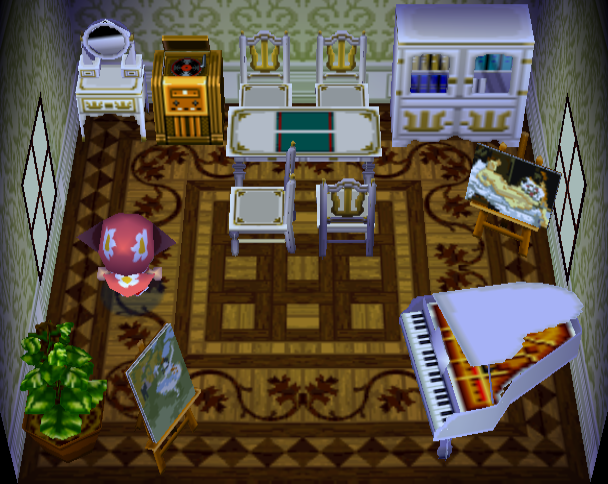 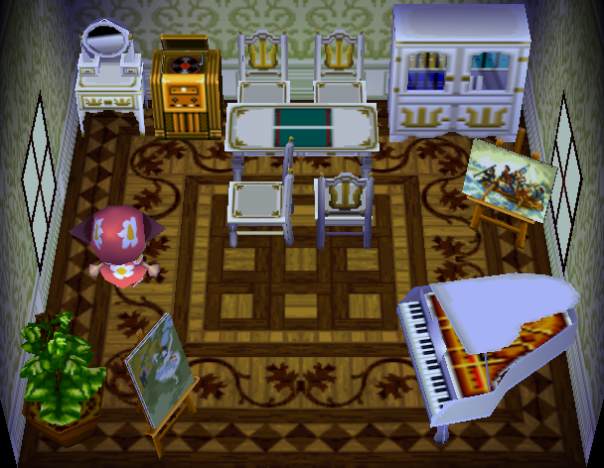 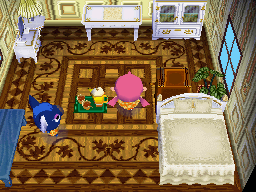 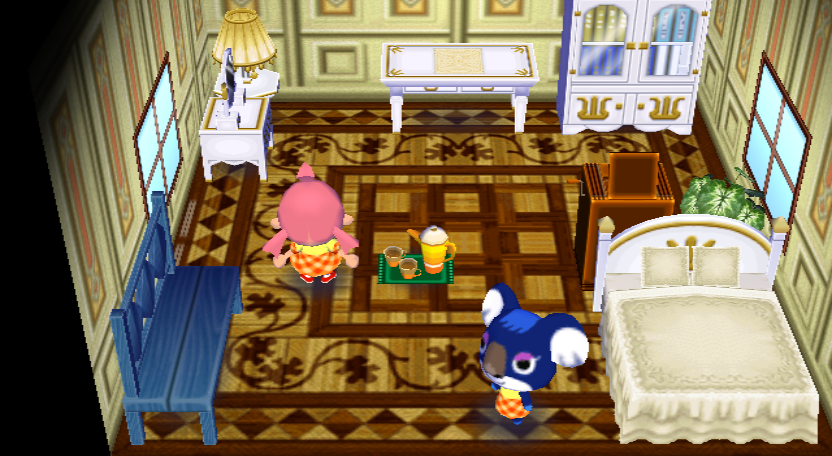 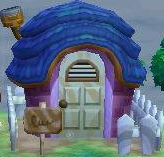 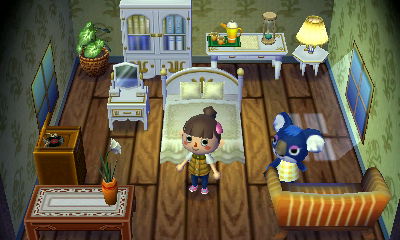 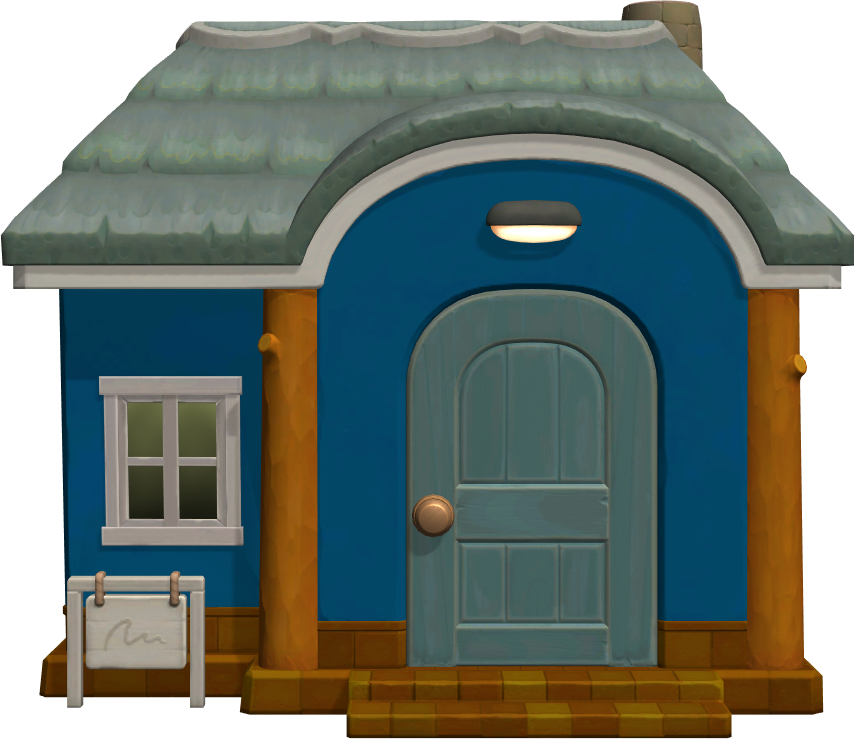 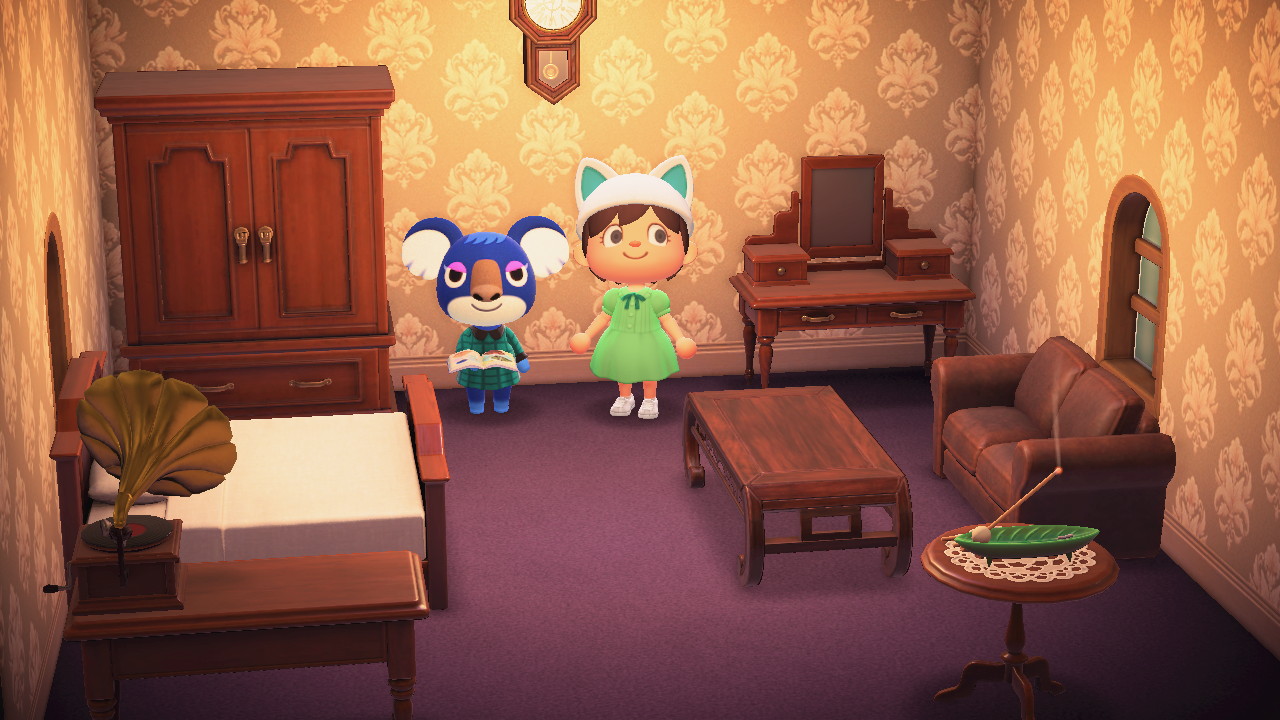 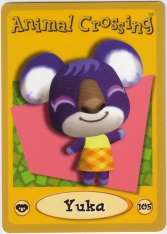 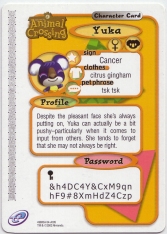 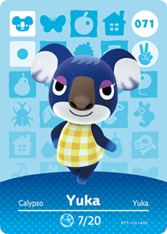