Chabwick is a lazy penguin villager in the Animal Crossing series. After his debut in Doubutsu no Mori e+, he would remain absent from the series until Animal Crossing: New Horizons version 2.0.

In New Horizons, Chabwick has the play hobby and can run around with his arms extended at any time, rather than only outside Resident Services during a scripted activity with a group of villagers.

Chabwick in Doubutsu no Mori e+.

Chabwick is a dark blue penguin with a white face and belly. He has an "X" navel in the middle of his stomach, which is black in Doubutsu no Mori e+ and colorless in New Horizons. He has a large yellow beak. His eyes look tired, which is related to his lazy personality. His feet are yellow. He wears a pair of red earmuffs around his head, covering his internal ears.

Chabwick has a lazy personality, meaning that he will enjoy food and sleeping with a laid-back lifestyle. As a result, Chabwick will not get along with jock villagers due to their conflicting personalities, as well as snooty villagers because he cares little about his physical appearance and he disagrees on the healthy, balanced meals snooty villagers eat. Despite this, he will get along with the motherly normal villagers, and is easy for the player to befriend due to his laid-back attitude. Cranky villagers will also admire Chabwick's laid-back attitude, making him get along well with them.

In Doubutsu no Mori e+, Chabwick can only move to the player's town if his e-Reader card is scanned.

Chabwick was added to Animal Crossing: New Horizons in the 2.0 Free Update on November 4, 2021. 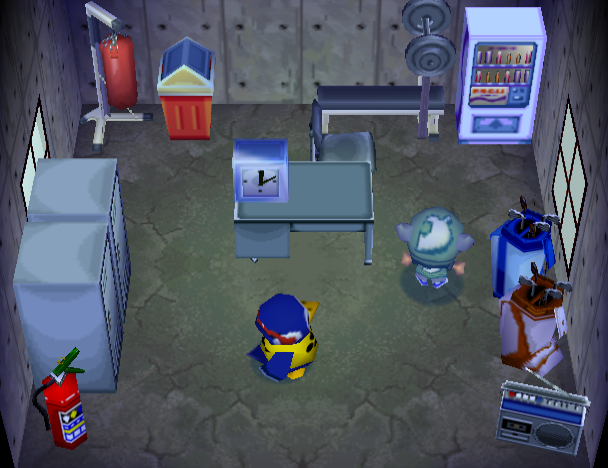 In Animal Crossing: New Horizons, if Chabwick is one of the villagers who moved in during the main storyline after the villager house development quest, his house will have a combination of non-craftable furniture, plus items crafted by players during the island development storyline, primarily from the Log Series and applicable native fruit sets. He cannot have his initial house interior unless he moves out of the player's island or the Happy Home Paradise DLC is purchased, in which either the player or Isabelle can reset the interior. 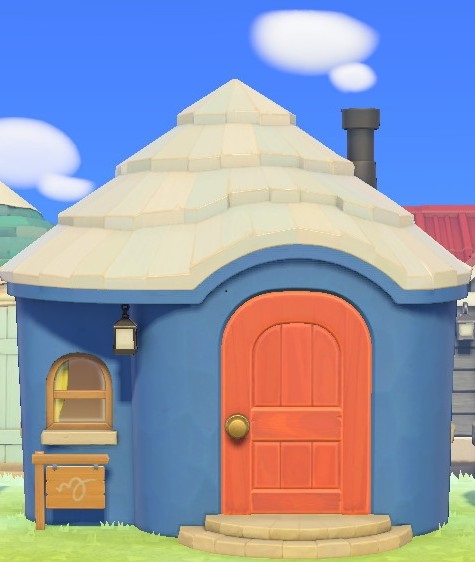 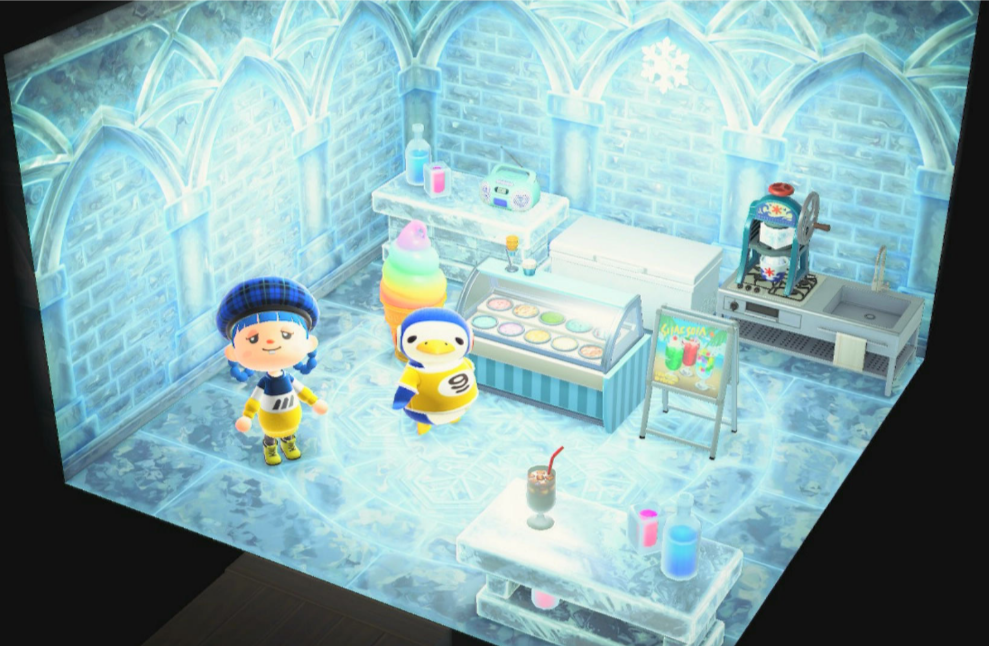 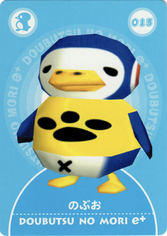 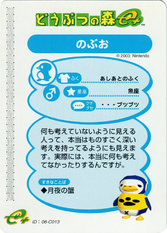 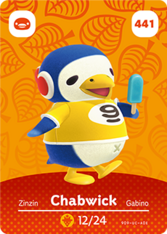