This article is about the bear cub villager. For the villager that shares a similar Japanese name, see Felyne.

Aisle (アイル, Airu?) is a lazy bear cub villager in Doubutsu no Mori e+. He can only move to the player's town if his e-Reader card is scanned.

Aisle is a blue cub with a white muzzle, white paws, and a brown nose. He has a patch of blonde hair on his head, and there is pink outlined by brown in his ears.

Aisle has a lazy personality, which means he will love sleeping and eating. He may conflict with jock villagers, because of their lack of exercise. He will also conflict with normal villagers, due to them leading on in a conversation about them making dinner for themselves. 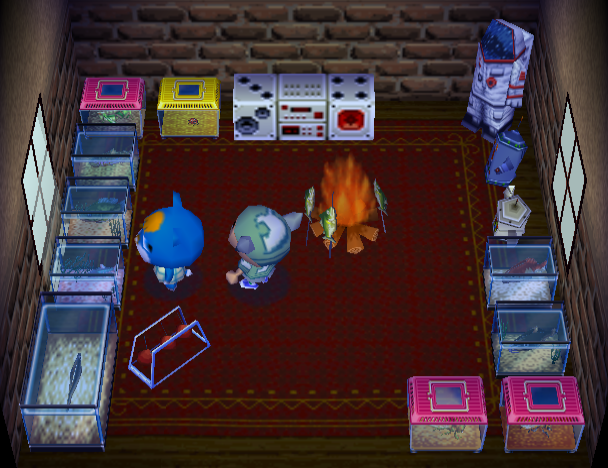 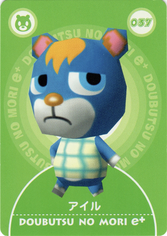 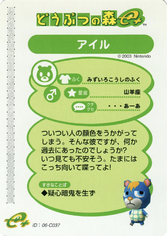