Felyne is a cat with tan fur and numerous darker-shaded markings and fur on the tips of his paws and his ears. There are markings shaded in the same hue on his cheeks to appear like whiskers. He has wide open eyes and a triangular mark on his face. Felyne wears a shirt exclusively for him, thus its name, Felyne Outfit.

Felyne is a villager under the lazy personality, meaning he enjoys relaxation and eating. He appears as a "younger brother figure" to the player, thanks to his overly laid-back and childish view on life. He will get along well with other villagers, but may offend or confuse jock villagers, who have a conflicting lifestyle of exercise and fitness, compared to the lazy lifestyle of relaxing and sloppily eating food.

Calmly gathering. Ah, the life of a hunter. ♪ 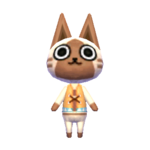 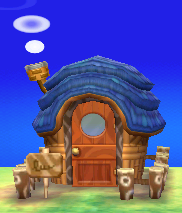 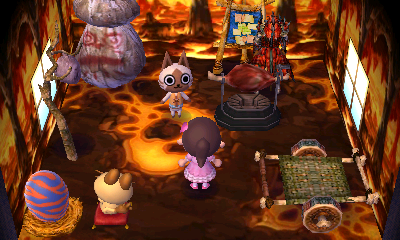 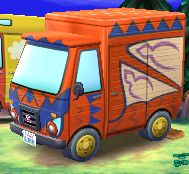 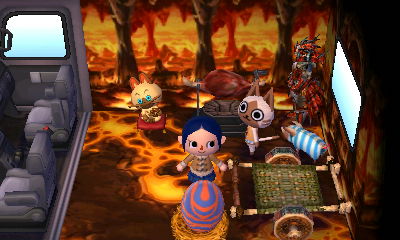 In Animal Crossing: Happy Home Designer, Felyne was distributed as a DLC character at Nintendo Zones from November 9, 2015 to an unknown date.

♪ Calmly gathering. Ah, the life of a hunter ♪