Yodel is gorilla with pale beige skin and dark gray fur. He has large, half-closed black eyes that peer to the right, with wrinkles underneath the lower eyelids. He wears an orange winter hat. On his back is a small, tan hiking backpack, similar to the one worn by Wendell in games prior to Animal Crossing: New Leaf. He appears dressed as a warm-clothed hiker, which is likely where his name "Yodel" originates from, since hikers are associated with yodeling.

As a lazy islander, Yodel acts less like any mainland lazy villager, preferring to have time alone to himself. This is akin to mainland cranky villagers, whom share the same grumpy personality as lazy islanders.

As an islander, Yodel's house in Animal Crossing will begin with only one furniture item, along with the exotic wall and bamboo flooring. He will request specific items for the player to give to him, which he will place in his house. After he places two items in his house, he will upgrade his wallpaper, and after he places five items, he will upgrade his flooring. Kidd requests for the same items as Yodel, although his house has different wallpaper and flooring. 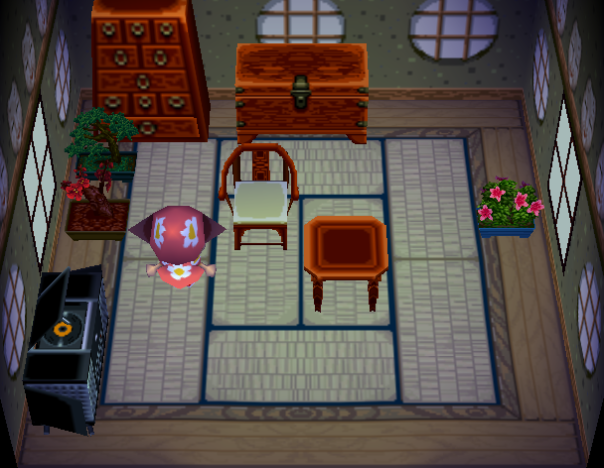 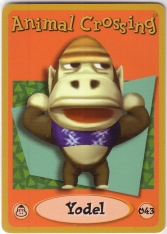 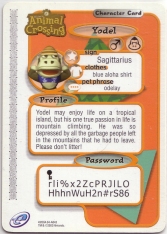