Plucky is a chicken in the Animal Crossing series. She first appeared in Doubutsu no Mori+ as a peppy islander, and after her appearance in Doubutsu no Mori e+, she remained absent from the series until Animal Crossing: New Leaf - Welcome amiibo, where she returns as a big sister villager. She is the only big sister chicken in the series. Her name may come from pluck, referring to the plucking of feathers when preparing a bird for food.

In New Horizons, Plucky has the play hobby and can run around with her arms extended at any time, rather than only outside Resident Services during a scripted activity with a group of villagers.

Artwork of Plucky from Animal Crossing.

Plucky is a brown chicken with a pale maroon beak. She has a sky-blue comb and wears a red leaf on her head, which has been removed in Animal Crossing: New Horizons. She also has white eyelashes and her feet are orange striped with black.

From her debut in Animal Crossing, until Doubutsu no Mori e+, Plucky is a peppy islander. Plucky will have the tendency to overreact in conversations about trivial subjects such as appearing in competitions and the chance of her losing. This sometimes triggers her to ask for a certain item of clothing or furniture which she needs to enter a competition. She, like other peppy villagers, will rarely be discouraged from doing anything, including the usual hobbies. She will also have a short attention span, which means she will soon forget arguments or tasks given to the player which were not completed.

Plucky reappears in Animal Crossing: New Leaf - Welcome amiibo with a big sister personality. She acts similar to a snooty villager, but she is more caring toward the player. She sometimes disagrees with cranky and snooty villagers because they spread rumors and may seem offensive. However, she will usually get along with lazy, jock, peppy and other big sister villagers.

In Animal Crossing: New Leaf - Welcome amiibo, Plucky can only move to the player's town if her amiibo card is scanned, or if she is invited to move in from another player's town. 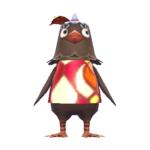 As an islander, Plucky's house in Animal Crossing will begin with only one furniture item, along with the exotic wall and bamboo flooring. She will request specific items for the player to give to her, which she will place in her house. After she places two items in her house, she will upgrade her wallpaper, and after she places five items, she will upgrade her flooring. Charlise requests for the same items as Plucky, although her house has different wallpaper and flooring. 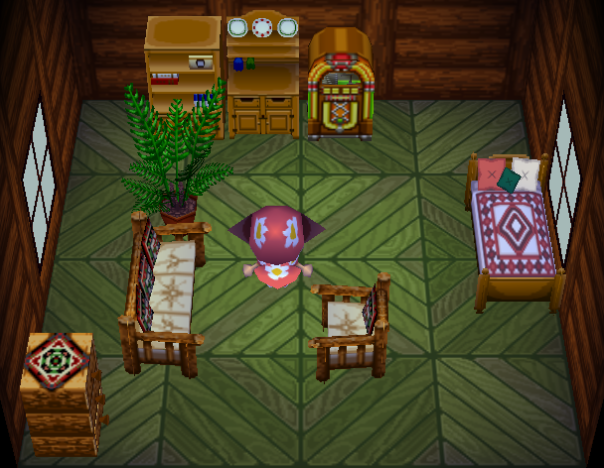 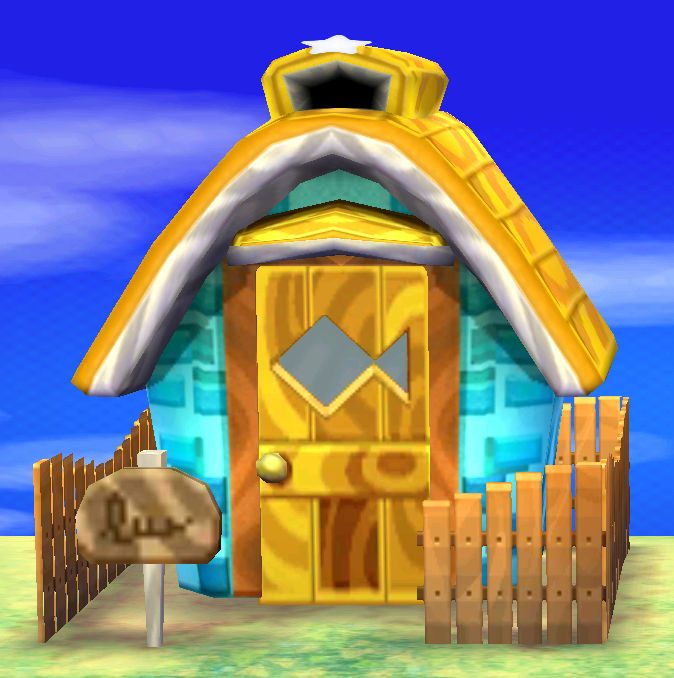 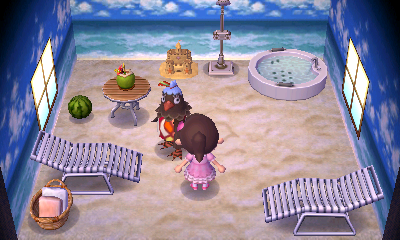 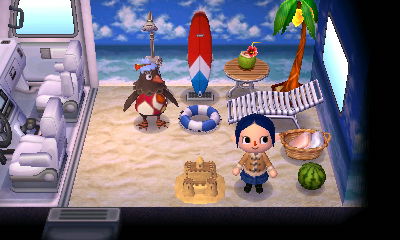 In Animal Crossing: New Horizons, if Plucky is one of the starter villagers, her house will have craftable items primarily from the Wooden Block Series. She cannot have her initial house interior unless she moves out of the player's island or the Happy Home Paradise DLC is purchased, in which either the player or Isabelle can reset the interior. 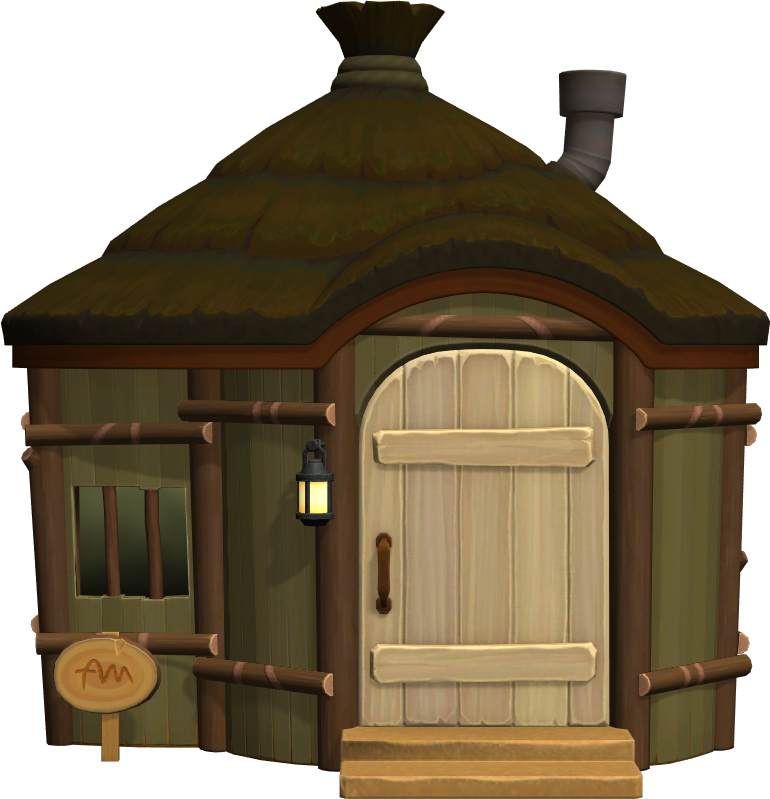 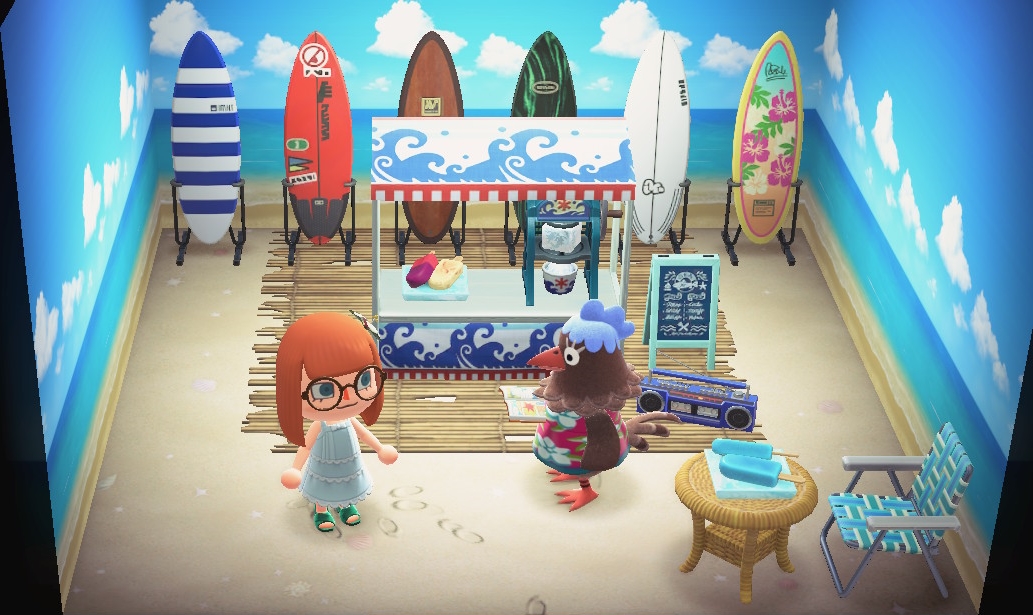 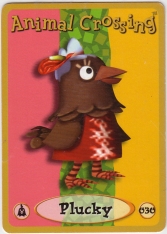 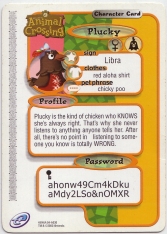