In New Horizons, Shari has the music hobby and may sing anywhere without the need of a stereo.

Artwork of Shari from Welcome amiibo.

Shari appears to be based on a squirrel monkey, being a mostly gray monkey with a white face, rosy pink cheeks, and black eyes with white circles in them, each eye having three eyelashes. The base of her tail and the tip of her hands and feet are yellow, much like those of a squirrel monkey. The insides of her ears are white, with a pink circle at the base of each ear. Her black nose is connected to her v-shaped mouth via a line. The mouth points downward in a frown by default.

Shari has a big sister personality, meaning she will act similar to villagers with a snooty personality. However, she will act kinder to the player. She will wake up at 11 AM and go to bed at 3 AM. She shares a love of sports with jock villagers, but will also get along with most other personalities.

In Animal Crossing: New Leaf, Shari cannot be one of the starting villagers in the player's town. 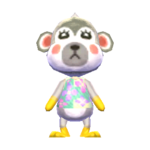 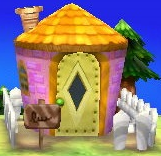 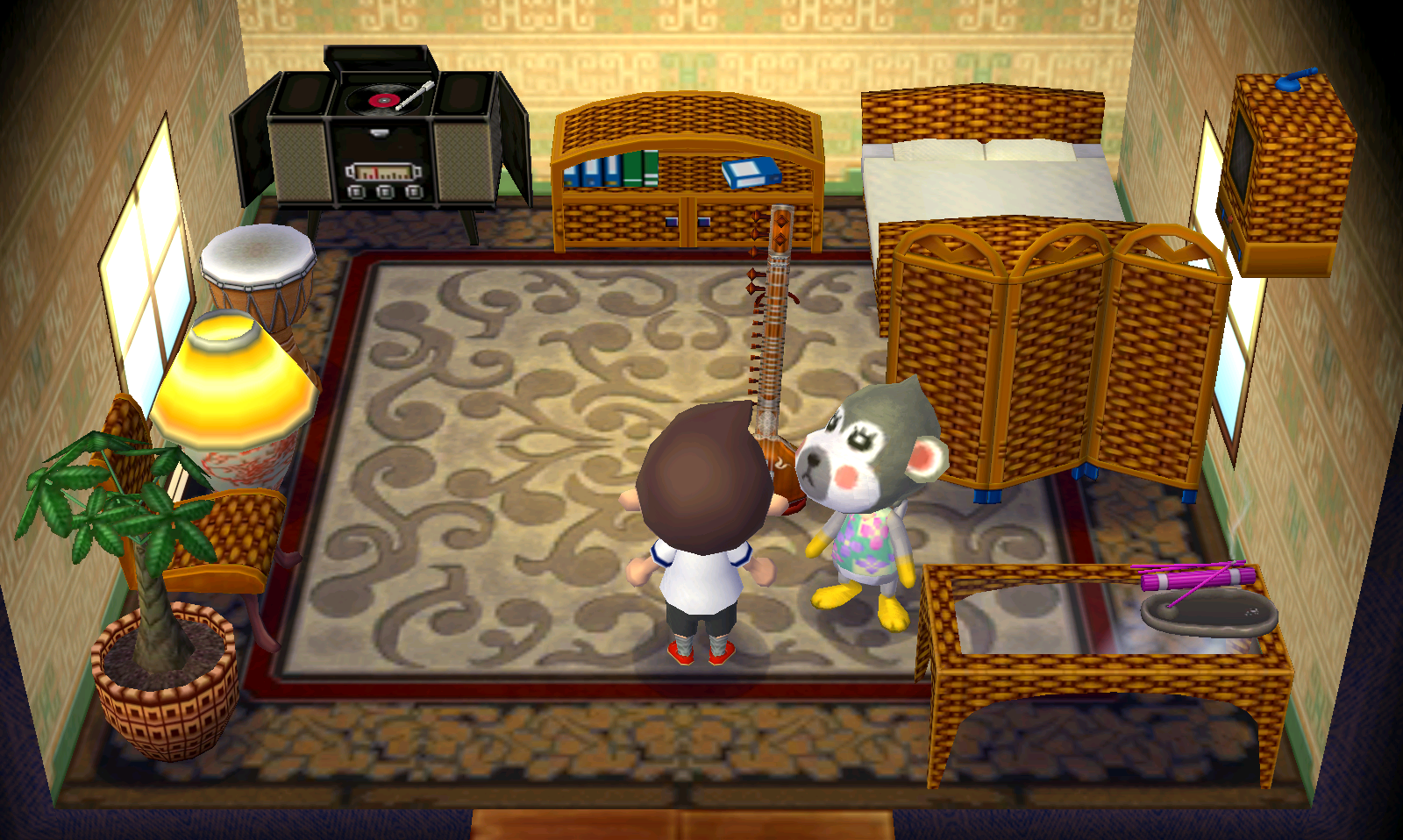 In Animal Crossing: New Horizons, if Shari is one of the starter villagers, her house will have craftable items primarily from the Wooden Block Series. She cannot have her initial house interior unless she moves out of the player's island or the Happy Home Paradise DLC is purchased, in which either the player or Isabelle can reset the interior. 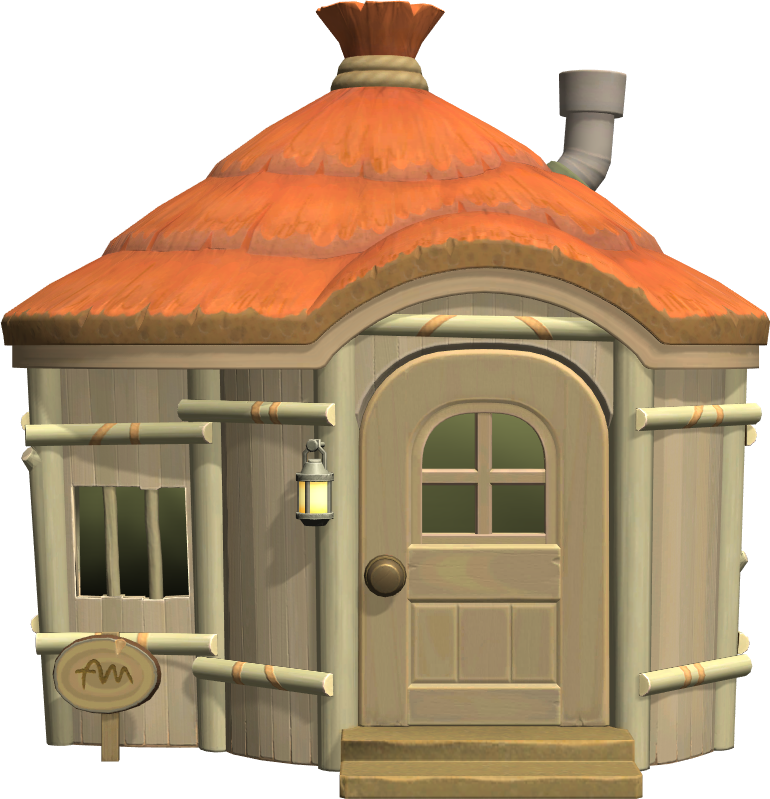 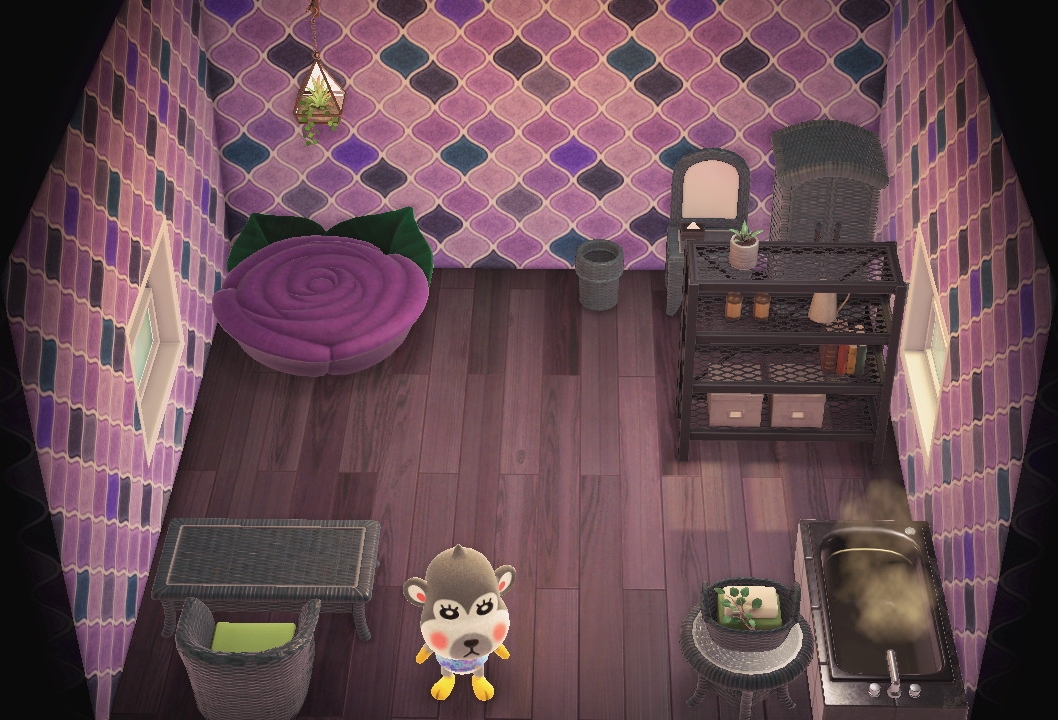 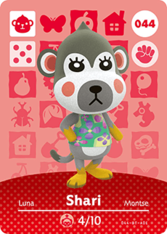