Hi! I'm Mario! I save princesses.

Okay, you probably know that. After all, I'm the most famous video game character that has appeared in more games than any other video game character. Yeah, people call me a personalityless attention hog and all, but I can't help it. Nintendo just tells me, "You gotta be here and you got to act like this and that", so I have to do that. It's kind of weird for somebody to be spending time here in Nookipedia instead of someplace like MarioWiki, but I'm glad I can devote some of my time in helping this wiki. Yes, I know that MarioWiki is more active than here, but the great thing is that people will spend more time getting to know each other because there are less people to devote energy to.

But, I don't mind my fame and all. After all, it carried to the Animal Crossing world! Wow! I don't believe it! My hat, nose, 'stache, and enemies and stuff are valued items. Even one villager admires me a lot. I have to say, I'm flattered. Good work, guys!

Oh, I don't have any school and all (pssst, it's called "Community College"), so far, so most of the time, I'll be here. If I'm not out there talking to Toads, wiping the windows with Wario, or bashing Bowser, I'll be here. I'm also on the Nookipedia Discord as username "LeftyGreenMario" and my ID is #1421, and I'm known as LeftyGreenMario in other parts of the 'net. If you do recognize the username, well, I'll be happy to know!

This painting is not a lie, however.

Don't believe whatever is shown below because these are lies. 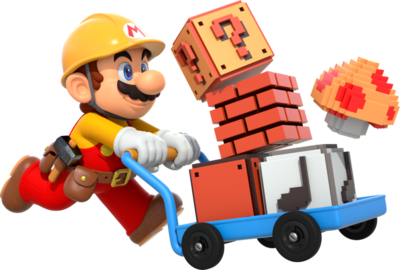 What do these things have to do with wiki editing!? I don't know, but I'm certain it will come in handy!

https://www.mariowiki.com/images/a/af/Mario_Mugshot_%2798.gif I do the following in the wiki:

And, thanks to super patroller powers after eating a Patroller Mushroom, I'm able to do the additional things below:

I was also given an administrator mushroom as a Christmas gift of 2013 holidays, so I'm now able to do these things.

Finally, after hard work and dedication, I have received a gift-wrapped plumber's special tool, given to only one of the most trustworthy plumbers (and janitors) in the business: the bureaucrat mushroom! It has enabled me to do the following:

https://www.mariowiki.com/images/3/3b/Mario_DonkeyKongGB.png My to-do list includes the more specific things I may do:

Baby Luigi (who is actually the mayor) and I share this town, so yeah, we have the same villagers and all. And yeah, that's our actual town name. 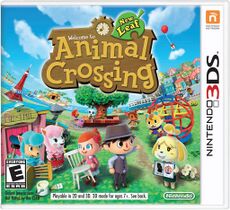 Oh, look what's the latest Animal Crossing game! This is the first game I played extensively. All I have to say is that I hope I'm not missing out so much that I can't be productive on this wiki. Anyway, I've been playing this game daily since it's out, and I share two saves with my sibling, Baby Luigi. Don't ask me why Luigi doesn't want to play. I think he played it once and his player got stung by some bees. Heh. I also told my bro that there are Boos in this game, so he's never touching this game again!

Anyway, instead of giving a lengthy review and constructing a wall of text, I make a summary of what I think of New Leaf.

It's a good game, but I think it needs an extra oomph to differentiate it between itself and other games. Sure, being a mayor and all is nice, but you need more control. When Isabelle wants you to take a break, you can't do anything, which I find absolute baloney. Isabelle, you aren't the town mayor; you're just a secretary. Get back to work.

Anyway, the game does introduce many new items and bugs and fish to catch. It even introduces deep-sea diving. Still, it does have flaws that are carried over from what shouldn't ever be there in the first place. Grass erosion, I'm looking at you. Why would some feature from the weakest game in the series return in New Leaf? That's realism taken to an extreme. What's next, you have to take a shower or go to the restroom? Grass erosion can be handled much better, period. End of minirant.

The game is a good game. If you have patience and you love to manage a town, look no further than Animal Crossing: New Leaf. It's a great game. Just remember to play it at least once per day so your flowers won't wilt or your friends don't move away.

Getting furniture models (including refurbished ones) from New Leaf 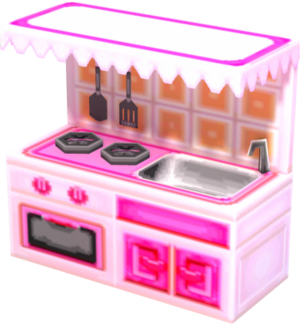 Mama mia! It's not so lovely that a lot of time troubleshooting was put into rendering this out. I hope Princess Peach adores this pretty kitchen!

You might have seen renders of customized furniture by me on the wiki. There's not much available models uploaded online, with the Models Resource having only a really limited selection of furniture models, and even then, the uploaded Alpine Series lacks the essential alternate textures. You might wonder how to acquire them. I'll document it how I got the models just so someone can find it more useful in the future.

You will need some competent knowledge with 3D models and image manipulation, however.

The best way to acquire the files is to extract a file partition from a New Leaf ROM, but you can also try other means to get it. Illegal means.

Issues with translating from models built for a video game in an entirely different engine to a 3D program have eaten into my time preparing files for the upload. It's probably why more models aren't uploaded. From my experience, it requires knowing two different programs, and 3D programs aren't exactly the easiest thing to learn if you're not familiar with them. I do wish for faster and more efficient methods, especially dealing with the UVs.

Fortunately, I've discovered that a rendering program I've been using, Marmoset Toolbag 3, has the option to set UV tiling to "mirror" rather than "repeat", making this process a lot faster, while the renders themselves should be a bit nicer. I do hope this means I can get more furniture images out in the future.

Thank you for devoting some of your time to read my userpage. Have a great day!