This article is about the sea creature. For the item, see Manila clam.

Icon for the clam in Pocket Camp

The clam appears as a shell in Animal Crossing: Pocket Camp and was available to collect for a limited time as part of the Clam Collector Goals event, from March 10 to March 13, 2020. During the event, the shell would appear on the beach at Saltwater Shores, where it could be picked up. After the event, remaining clams can stay in the player's inventory, where they can still be sold, used for animal requests, or listed in the player's Market Box. The sell price for this shell is

During a Fishing Tourney, Chip will still accept sea creatures, but they will not be scored. Chip will say this when given a clam: 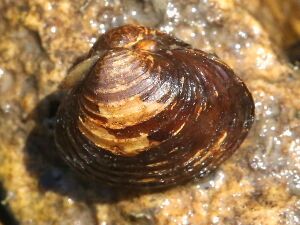