In New Leaf, Mabel will be surprised if a male player were to try on a feminine dress. 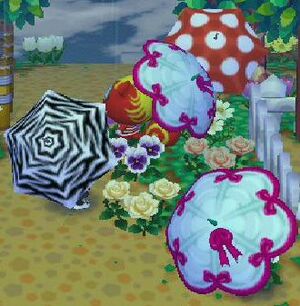 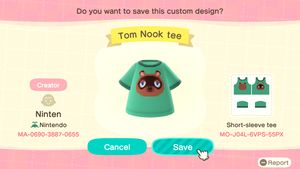 The dump is a location in Doubutsu no Mori, Animal Crossing, and Doubutsu no Mori e+ where the player can drop off and find items. There is a 40% chance for clothing to spawn each day. The dump was replaced with the recycle box in subsequent games. In Animal Crossing: New Horizons, there is a 45% chance of any item (clothing or not) to appear in the box each day, it is the only place in New Horizons where certain types of clothing such as the Shattered Glasses and Moldy Dress can be obtained. Items in the dump and recycling bin are free for the player to take. 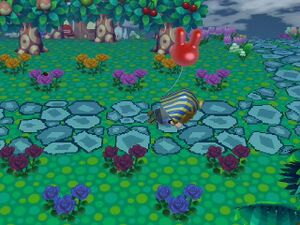