During a Fishing Tourney, when given a Chambered Nautilus, Chip will not score the sea creature but will say the following:

"Hmm. Chambered nautilus, huh? Do you think these might taste like octopus? You know what? I think I'll pass on eating this guy. Gotta listen to the gut on this one! Always trust it!" 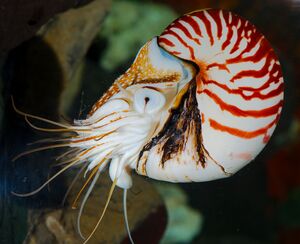