"Ohmigosh! I caught a whale shark! It could've swallowed me up!" —New Leaf

The Whale Shark (ジンベエザメ, Jinbēzame) is a very rare fish that can be found in the ocean surrounding Tortimer Island in Animal Crossing: New Leaf. The Whale Shark has a "huge (with fin)" shadow size when seen in the water.

After players donate a Whale Shark to Blathers, it will appear in the section for fish and deep sea creatures, specifically in the large tank in the north-eastern room. The exhibit has this to say about the whale shark:

"Whale sharks are the world's largest fish, but they're surprisingly some of the gentlest. They can swim at only three mph, so although they're large and very imposing, they're not really a threat. They swim with their mouths open to swallow vast quantities of tiny creatures and seawater. As they expel the water through their gills, they will eat what then remains. Since they don't have to bite prey, their teeth are file-like and number about 10,000 in multiple rows."

Chip will say this when given a Whale Shark:

"Hmm. I wonder, do whale sharks taste much like regular sharks? Or are they a bit more blubbery? Obviously, even if I tried to eat this all in one bite—and I did try once—I couldn't do it! Just not happening!"

The whale shark is the largest extant fish species, feeding primarily on plankton and other small organisms.

The player catching a whale shark 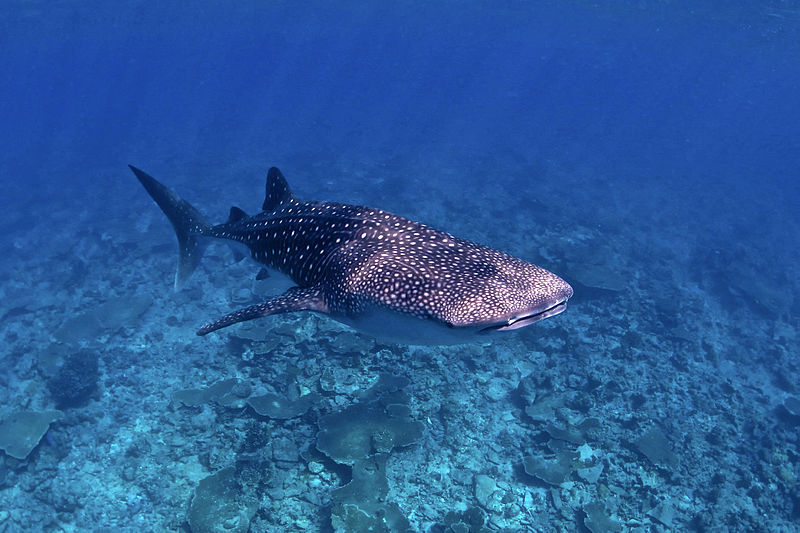