Difference between revisions of "Kicks"

This article is about the character. For the shop of the same name, see Kicks (shop).

Kicks is a skunk with black and white fur, as well as a tan nose and insides of his ears. He wears a beige hat and suspenders.

Kicks is implied to speak with a Cockney accent; for example, he pronounces "alright" as "awright" or "hello" as "'allo", and frequently uses words such as "mate," "crikey," and "chum." 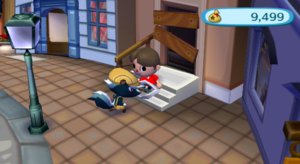 In Animal Crossing: City Folk, Kicks appears on the steps of a run-down building in the city to the right of the auction house. He can shine the player's shoes for 500 Bells, changing the color of the shoes. He asks the player how they want to match their shoe color to their current appearance: "Go by color" or "Match my style." After the player has their shoes shined 16 times, Kicks allows them to choose shoe types of the opposite gender.

Kicks's services are available from 9 AM to 9 PM and he does not appear when it is raining or snowing. 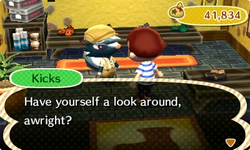 Kicks inside his shop in Animal Crossing: New Leaf

In Animal Crossing: New Leaf, Kicks opens an eponymous shop on Main Street once the player has spent 8,000 Bells at the Able Sisters and lived in town for ten days. The shop sells shoes and socks.

Kicks after selling the player an item in Animal Crossing: New Horizons

In Animal Crossing: New Horizons, Kicks visits the plaza at least every two weeks if the Able Sisters is built and Resident Services is upgraded to a building. He sets up a stall that sells shoes, socks, and bags.

Kicks's Poster can be obtained from Nook Shopping after inviting him to Photopia via his amiibo.

Kicks appears as a playable character in the Board Game mode of Animal Crossing: amiibo Festival.

Artwork of Kicks and his shop from Animal Crossing: Pocket Camp

Kicks appears as a trophy in Super Smash Bros. for Nintendo 3DS / Wii U.

Kicks appears as an unlockable costume in Super Mario Maker. The costume can be unlocked by scanning Kicks's amiibo or by clearing the 100 Mario Challenge on Normal difficulty or harder. 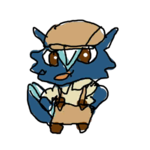 In WarioWare Gold, Kicks's amiibo figure can be scanned in the Wario's amiibo Sketch mode to have Wario draw Kicks.

Kicks appears as a spirit in Super Smash Bros. Ultimate 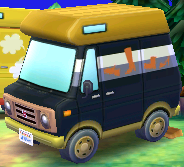 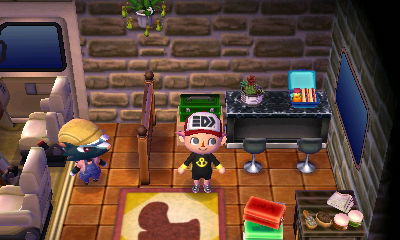 The following items can be obtained from Kicks in Animal Crossing: New Horizons. 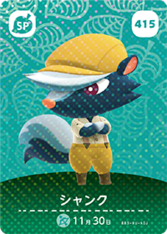