From Nookipedia, the Animal Crossing wiki
(Redirected from Cherry (dog))
Jump to navigation Jump to search

This article is about the villager. For fruit of the same name, see Fruit.

Not to be confused with Cheri.

Cherry is a red dog with teal eyes. She has a grey circle around her left eye. She has black ears and a purple nose. Her left ear has white markings around them that appear to be earrings. She also has red arms and a red tail, and black paws, torso and legs. She has six eyelashes on each eye; three on the top, and three on the bottom. Her resting mouth expression is a smile that is curved to her left.

Cherry has a sisterly personality. She will act similar to a snooty villager, but she will act kinder to the player, especially in the sense that she dislikes rumors. She gets along with most villager personalities, but will disagree with cranky and snooty villagers sometimes because they spread rumors. If the player gets stung by a bee, she will supply medicine. Cherry will wake up at 11:00 a.m. and fall asleep at 3:00 a.m. In New Horizons, she will wake up at 9:30 AM and fall asleep at 3:00 AM.

One dog barks at something, the rest bark at him. 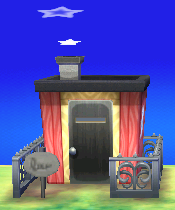 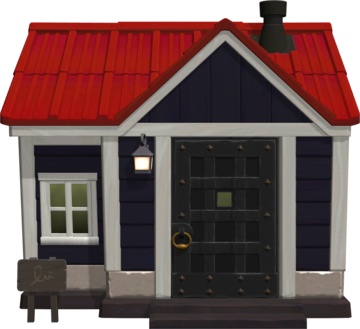 "Where should I go next? And what should I do?! I'm so excited, I can't think straight!"
— From the Mind of Cherry, Animal Crossing: Pocket Camp

This article may require cleanup to meet Nookipedia's quality standards.
Please help improve this article if you can; the talk page may contain suggestions.
Retrieved from "https://nookipedia.com/w/index.php?title=Cherry&oldid=407615"
Categories:
Hidden category: