Bunnie is a peppy rabbit villager in the Animal Crossing series who appears in all games to date. Her name is derived from bunny, which relates to her species.

In New Horizons, Bunnie has the fashion hobby and may be seen wearing a pink purse with a white flower on it, as well as a specific headwear or accessory item.

Artwork of Bunnie from Animal Crossing.

Bunnie is a chalky, burnt-orange rabbit with a creamy beige face that makes her resemble apple rabbits, with the eyes looking like apple seeds, and arms that are tipped the same color as her head; her bunny tail and legs are the same color, too. Her face has pink blush and a big smile. Her eyes are slightly anime-styled in a pointy diamond-like way with a sparkle in them. Her ears are peachy orange on the inside and held high in the air.

Bunnie is a peppy villager and enjoys collecting pink furniture from the Lovely Series. Oftentimes, she will say she "dreams" of pink furniture and will say "I GOTTA have pink furniture", or ask the player for some. Bunnie is a very sweet rabbit who is very friendly with others and loves talking. Usually, she mentions things about clothes, especially when she speaks of a certain type of shirt. She also loves stew. She does not want much but to live in a good town and have good friends, all having a good time together. She often says things such as "Um", "Like", and "Totally" in between her sentences, much as how other peppy villagers would. Her catchphrase, "tee-hee", might be related to the sound someone makes while giggling, which tends to be connected to a peppy personality. Almost everyone gets along with her because of her can-do attitude and her "Get-along with everyone!" motto, although she can be quite ditsy at times. Bunnie also seems to enjoy gardening. She will get along with lazy, jock, big sister, normal, and other peppy villagers, but also annoy or upset cranky and snooty villagers.

Come on! Get amped! 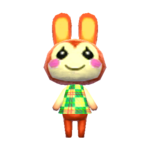 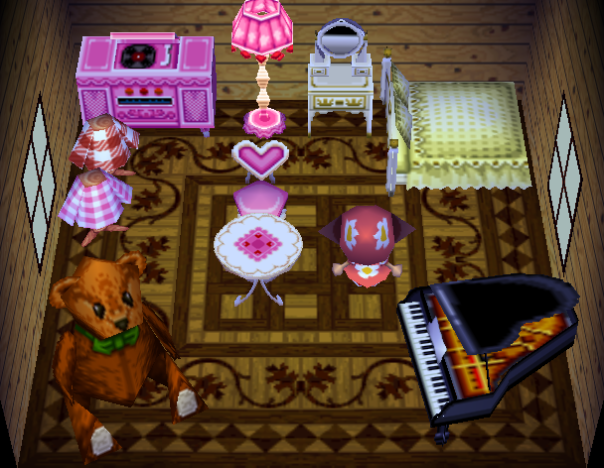 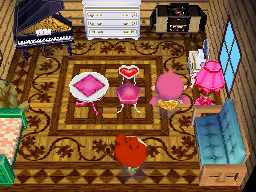 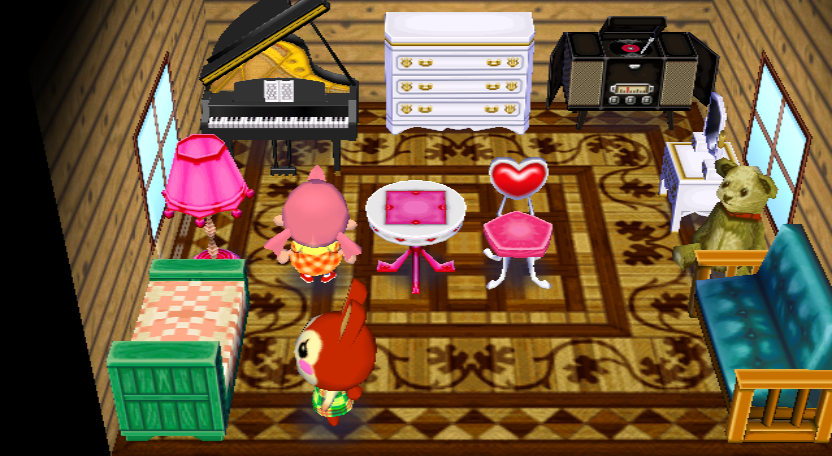 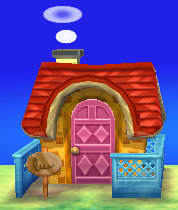 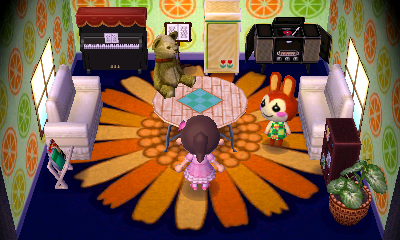 In Animal Crossing: New Horizons, if Bunnie is one of the villagers who moved in during the main storyline after the villager house development quest, her house will have a combination of non-craftable furniture, plus items crafted by players during the island development storyline, primarily from the Wooden Block Series. She cannot have her initial house interior unless she moves out of the player's island or the Happy Home Paradise DLC is purchased, in which either the player or Isabelle can reset the interior. 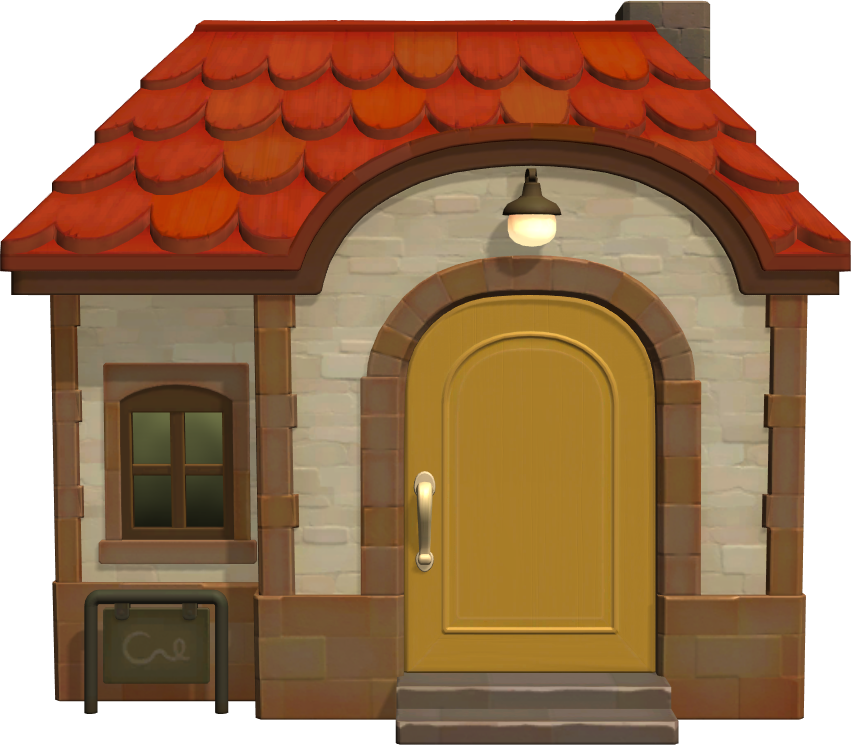 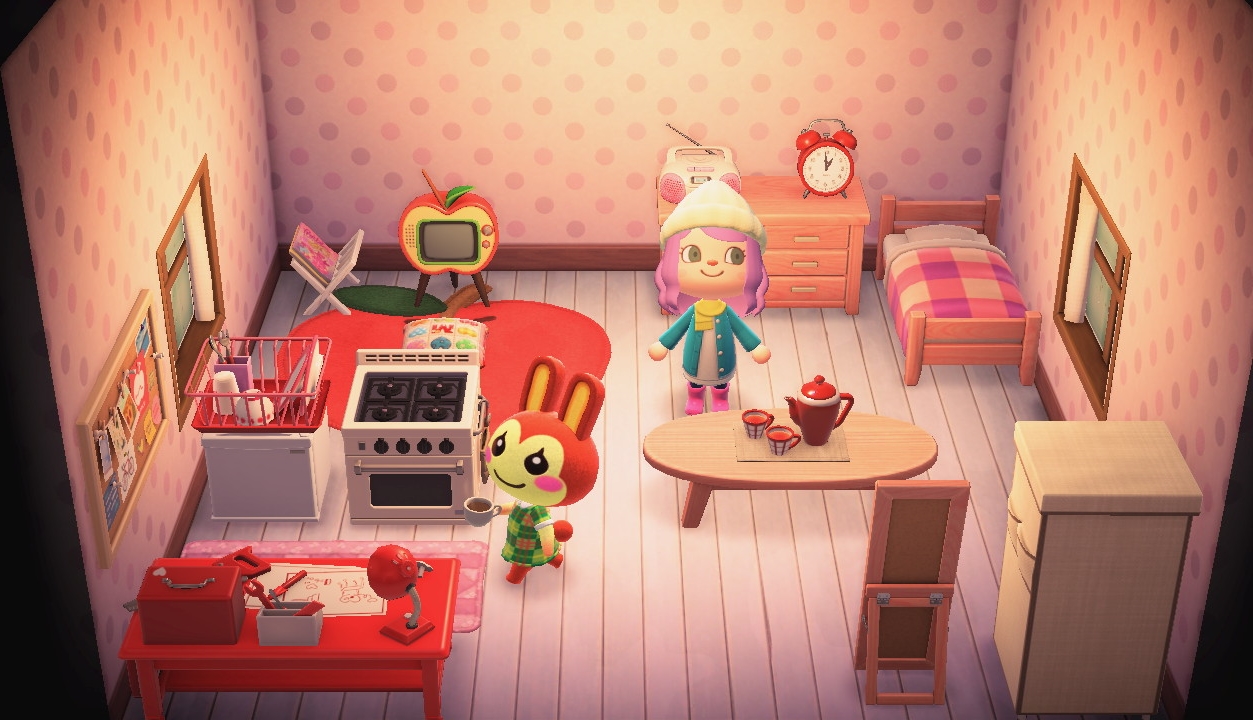 Bunnie is one of the 40 villagers in Animal Crossing: Pocket Camp who have been in the game since its release. 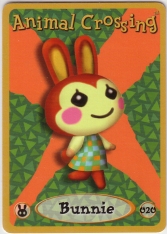 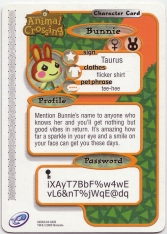 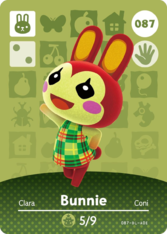