(Redirected from Petunia (rhino))
This article is about the rhinoceros villager. For the cow villager which English name is the same as this villager's Japanese name, see Petunia.

Azalea is a light blue rhinoceros that has a white flower around her yellow horn. Her lower jaw is white. She wears pink eye shadow and is very pale. She has gray, tired eyes, and the inside of her ears match her eye shadow, which is pink.

Azalea will be added to Animal Crossing: New Horizons in the 2.0 Free Update. 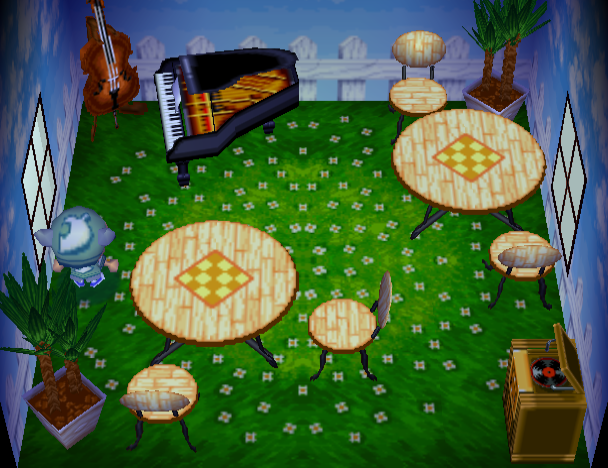 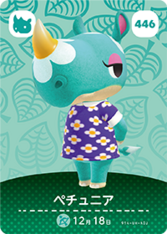