Doubutsu no Mori e+[nb 1] is an expanded version of Animal Crossing released on the Nintendo GameCube exclusively in Japan in 2003. In addition to all content from Animal Crossing, the game features new villagers, items, gameplay elements, and expanded e-Reader functionality.

Doubutsu no Mori e+ expands the previous game's support for the e-Reader with the introduction of 66 new villagers and 18 new islanders, totaling up to 84 new characters. Villagers can be invited to move into town, and islanders to the island, by scanning their e-card. The ETM is no longer present in the town's Post Office as all e-Reader functionality is now accessed from the wishing well. As well as villager cards, there are music cards. The game came packaged with an e-Reader+ and five cards.

The newly added villagers and islanders are as follows (names in italics denotes characters whose names have not since been localized): 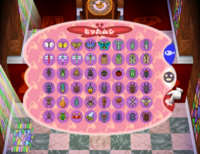 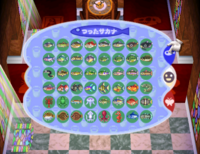 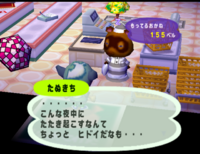 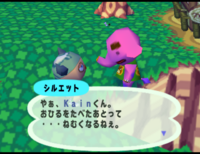