From Nookipedia, the Animal Crossing wiki
(Redirected from Ursula)
Jump to navigation Jump to search

Ursala is a bear villager in the Animal Crossing series introduced in Doubutsu no Mori with a snooty personality. After her appearance in Doubutsu no Mori e+, she would not appear in another game until Animal Crossing: New Leaf - Welcome amiibo, where she now has a sisterly personality. She was planned to reappear in Animal Crossing: Happy Home Designer,[citation needed] but was cut from the game. Her name may be a pun on the Latin and Portuguese word "ursa," which means "bear," and given name, "Ursula."

In New Horizons, Ursala has the music hobby and will be more frequently seen singing or dancing. If a stereo is set outside with a song playing, she will sing to the melody; if other instruments are set up, such as drums or guitars, she may play along.

Ursala is a pink bear with brown hair and dark pink freckles. The inside of her ears are light purple, almost lavender. In Doubutsu no Mori, her mouth is bigger, while her eyes and nose are smaller. Her fur is also a magenta color, while her muzzle is a hot pink color.

In games prior to Animal Crossing: New Leaf - Welcome amiibo, Ursala is a snooty villager, while she is a sisterly villager beginning in Welcome amiibo.

In Doubutsu no Mori, Animal Crossing, and Doubutsu no Mori e+, Ursala has a snooty personality, making her appear uptown, classy, and chic. With this, however, she will appear rude, belittling, and snobbish when talking to the player or other villagers in the town, usually criticizing their dress sense or fashion. When talking to the player enough times, she will befriend them but still remain subtly rude. As with all snooty villagers, she has an interest in clothes over other hobbies. She will have problems socializing with other villagers, usually lazy villagers by disagreeing with their choice of lifestyle or getting offended by a jock villager, who has questioned her physical fitness.

Ursala reappears in Animal Crossing: New Leaf - Welcome amiibo with a sisterly personality, a combination of the snooty and peppy personalities. Once she becomes a close friend of the player, she will act like a big sister. She may have disputes with snooty and cranky villagers since they enjoy spreading rumors. However, she generally gets along with lazy, peppy, jock and other sisterly villagers. 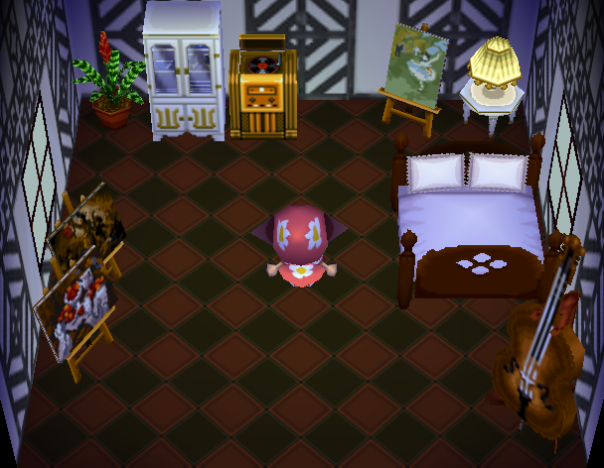 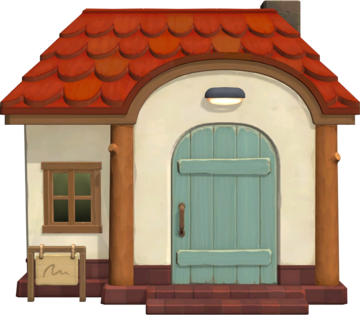